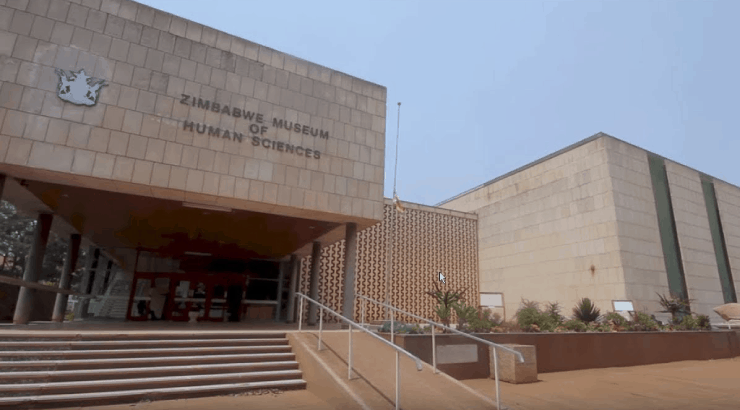 The Zimbabwe Museum of Human Sciences, formerly the Queen Victoria Museum is a museum in Harare, Zimbabwe. The museum contains the seven-hundred-year-old Lemba artifact ngoma lungundu, which some believe to be an replica of the Ark of the Covenant. It is the oldest wooden object ever found in sub-Saharan Africa.

The "ngoma lungundu" belongs to the Lemba people - black Africans who claim Jewish ancestry. They say the vessel was built almost 700 years ago from the remains of the original Ark, which the Bible says was used to store Moses' 10 Commandments. For decades the ancient vessel was thought to be lost, until it was found in a storeroom in Harare recently.

Tudor Parfitt, who rediscovered the artefact in 2007, says he  believed it was the oldest wooden object ever found in sub-Saharan Africa. "On each corner there is the remnants of a wooden ring, and obviously at one point, it was carried by inserting poles through these two rings on either side," he said. "Of course in the biblical account, that's precisely how the Ark of the Covenant was carried across the wilderness."

The "Zimbabwe Museum of Human Sciences" is located at Civic Centre, Rotten Row, CY 33, Causeway Harare, Zimbabwe. This is in the area known as Harare Central, and is located close to Samora Machel Avenue. According to the Zimbabwe Embassy, The " Museum" in Harare houses a library, exhibition galleries, and a model Shona Village, in addition to holding ethnographic and archaeological collections. Wildlife exhibits are on show in public galleries of African Modern Art.