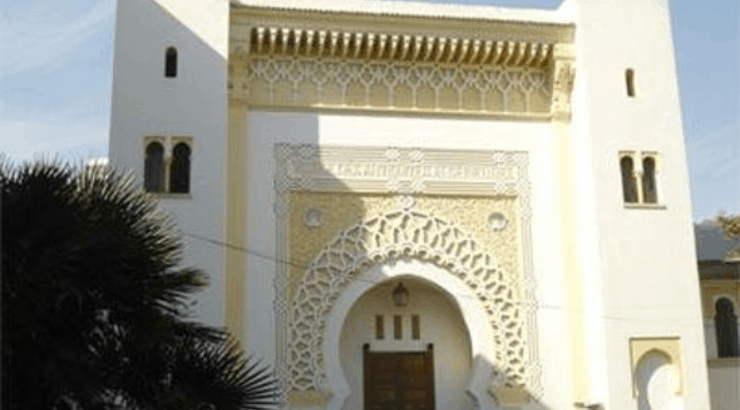 The Musee des Antiquites Algiers is an African art museum in Algiers, Algeria. This African Art museum opened in 1897. In 1911, it was described as having "the finest collection of the kind in Algeria." The museum holds objects related to Algeria and Rome. It covers the history of art in Algeria for 2,500 years. the museum has two sections, a section of classical antiquity whose collection dates back to 1835 and includes sculptures, mosaics and bronzes discovered on the archaeological sites of Algeria, a section of art of the Muslim west ( Algeria , Morocco , Tunisia , Spain ) and the Middle East, which was added to the initial fund in 1846 and consisted mainly of manuscripts, a collection of coins, carpets and embroidery, ceramics and woodwork.

Former student of the school of Charters and secretary of Marshal Clauzel , Adrien Berbrugger had thought from the beginning of the conquest to organize a library and a museum: the first was founded in February 1835, and the collections of antiquities were collected in the Janissaires barracks, rue Bab Azoun, in 1838. In 1845, the African Art museum occupied a dozen rooms of the Djanina Palace, and in 1848, the Library and the Museum were installed in a beautiful Moorish house, rue des Lotophages, demolished in 1862. In 1863, the pieces of the museum were preserved, with the first National Library of Algeria at the palace of Mustapha Pasha, in the Casbah . In 1896, the African Art museum moved to the upper part of Galland Park in a structure previously occupied by the first teacher training college. In 1897, the museum was inaugurated by Félix Faure. In 2004, the collection of Islamic art was transferred to a Moorish house next to the main building. On March 9, 2019, the museum was looted during protests against the 5th term of President Bouteflika.