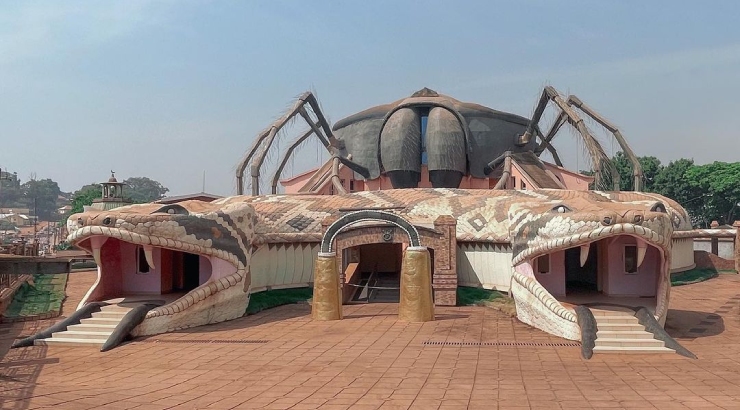 Historic Museum Bamoun Sultanate Cameroon. a new museum was built by architect Issofou Mbouombouo and It’s in the shape of the Bamoun emblem. The double headed snake represents the strength of of Bamoun people, the spider represent hard work and wisdom and the double mounted gong is what is used to call people to the royal palace.

The Bamun Sultanate is located in the Western Region of the Republic of Cameroon in Central Africa. The Sultanate is 1200 meters above sea level and covers an area of 7.625 km².
Founded around 1394 NSHARE YEN, until now the kingdom has experienced a succession of 19 kings. Its area the foundation will be greatly enlarged to the 1780s by King MBUEMBUE, 11th Dynasty, which began a series of conquests that allowed him to extend the boundaries of his kingdom. He endowed his kingdom mythical symbols: Snake with two heads, double bells and spider that today constitute the arms of the Kingdom.
King Njoya, 17th Dynasty, meanwhile, among others to his credit: invention of writing, construction of a sumptuous palace, a museum founded in 1922 which today is among the most important and rich Africa. The premises housing the museum today are too cramped that only one third of objects of our rich collection of 12,500 objects exposed to it.
The current Sultan Ibrahim Njoya MBOMBO, 19th of this dynasty, led by the immeasurable desire to safeguard this rich heritage left by centuries his ancestors, has undertaken for nearly two years, the construction of a new museum to museum adapted rules and spacious enough to hold all the objects in the collection.
The architect appointed by the Sultan, moreover son of the soil, in perfect agreement with the Sultan, thought of an architecture that combines tradition and modernity and which in itself is sufficient to be a museum although no exhibition s' found there. This architecture is a set composed of coats of arms of the Kingdom that are:

1- Double bell: symbol of patriotism. It is an instrument used by the King to stimulate and galvanize his troops at the front.

2- The spider: Symbol of work. The King wants his people to be employed as the spider who spends all his time to weave webs.

3- Two Snake: a symbol of the victory of Bamun people simultaneously on two fronts. It symbolizes the power of the Kingdom 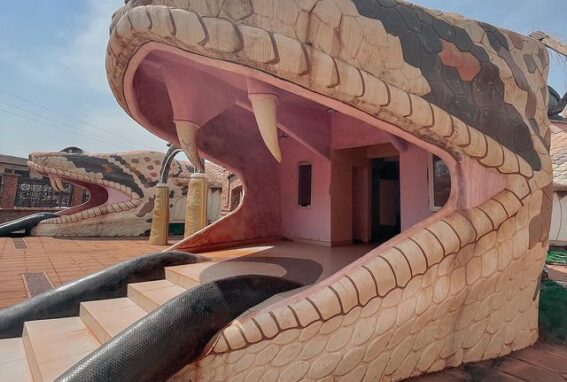 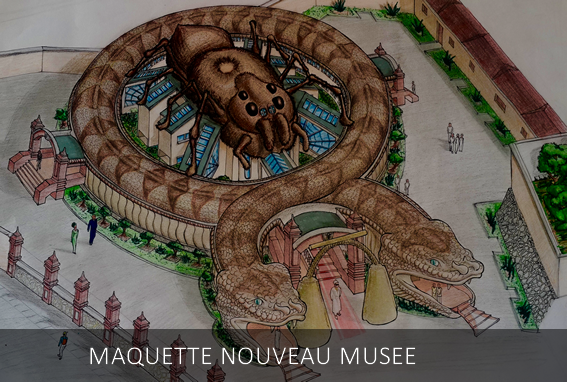 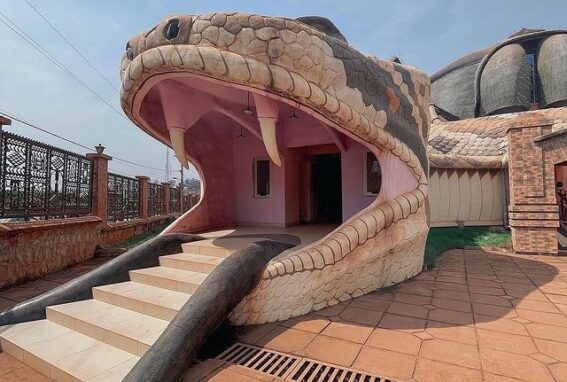