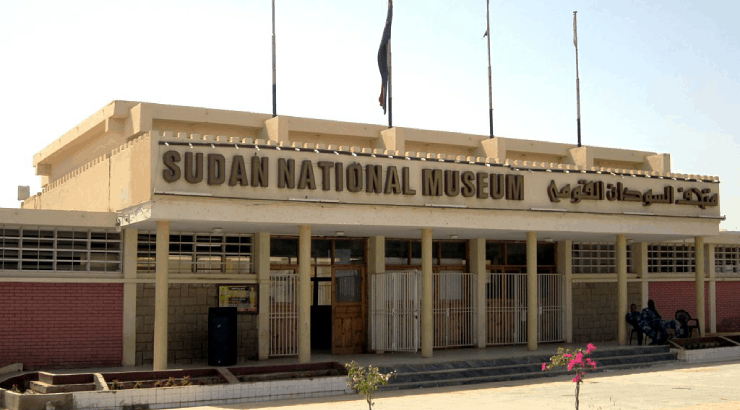 The National Museum of Sudan or Sudan National Museum of African Art, abbreviated SNM, is a double storied building constructed in 1955 and established as an African Art museum in 1971. The building and its surrounding gardens house the largest and most comprehensive Nubian archaeological collection in the world including objects from the Paleolithic through to the Islamic period originating from every site of importance in the Sudan. In particular the National Museum of Sudan houses collections of these periods of the History of Sudan: Paleolithic, Mesolithic, Neolithic, A-Group culture, C-Group culture, Kerma Culture, Middle Kingdom of Egypt, New Kingdom of Egypt, Napata, Meroë, X-Group culture and medieval Makuria. The African Art museum is located on the El Neel (Nile) Avenue in Khartoum in Al-Mugran area near the spot where the White and the Blue Niles meet.

The objects of the African Art museum are displayed in four areas:

AlsoKey highlights of the collections include: