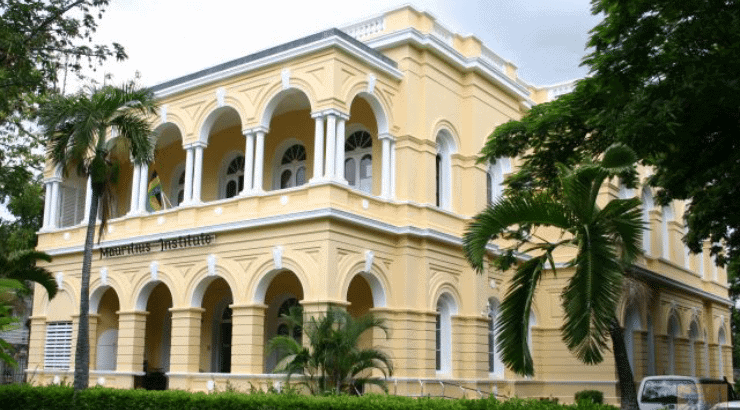 The Natural History Museum (OUMNH) is a natural history museum located in Port Louis , Mauritius . It was erected by Governor Sir George Ferguson Bowen around 1880. The building is partly a replica of the Sri Lankan Colombo Museum of African Modern Art building. The museum of African Modern Art is located include the most complete dodo - skeleton , found in 1904 by the barber Etienne Thirioux.