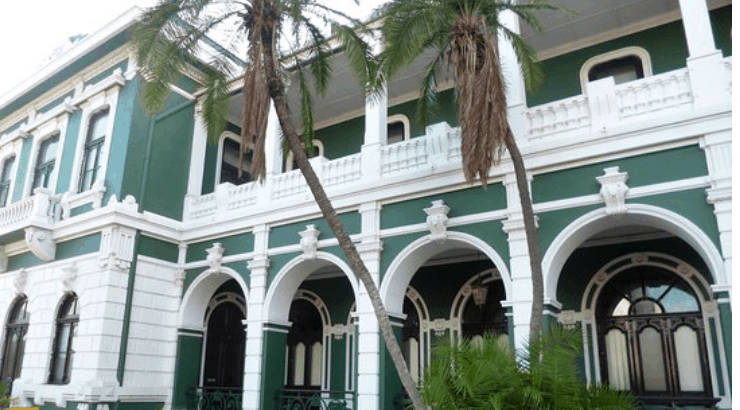 Museu dos CFM Maputo opened on June 11, 2015, is headquartered at Maputo Central Railway Station. It is a technological, scientific and cultural institution serving the community. Its mission is to portray and disseminate the history of Mozambique's ports and railways.
Its main objectives are the study, documentation, conservation and dissemination of the collection in its possession, as well as the enhancement of Maputo Railway Station - the building that houses the Museu dos CFM Maputo - and the preservation of its memory. The Maputo Railway Station was designed in 1905. Construction work began in 1908, and the station was inaugurated on 19 March 1910. The works were completed in 1916 with the architecture it still has today.

The CFM Museum of Modern African Art is organized around 2 exhibitions: one permanent shown inside the building and one temporary shown along the passenger boarding and disembarking platforms.

The permanent exhibition and temporary exhibition and museum visit programs are complemented by other programs aimed at different audiences and are a challenge to make use of the Museum and Station space in a different and innovative way. Some proposals are:

The CFM Museum of African Modern Art promotes guided tours of the permanent exhibition and station building, as well as programs for students, students, teachers, researchers, thematic workshops, workshops and other special programs.