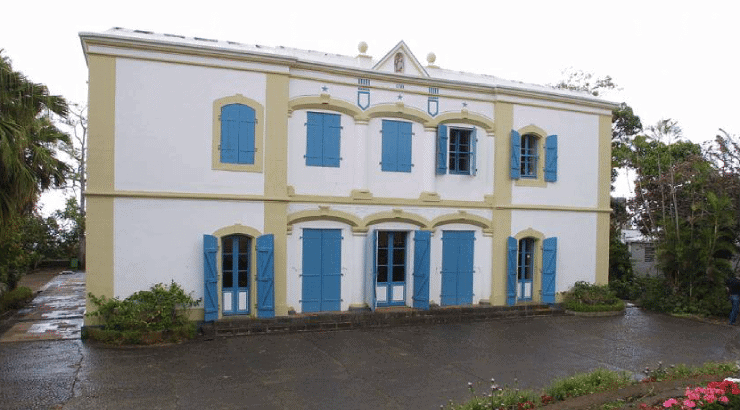 The Historical Musee de Villele is a museum of history of the island of Reunion , department overseas French in the Indian Ocean . Located in the heights of Saint-Paul in a locality called Villèle , it is established in a large house where lived Mrs. Desbassayns , great landowner and slave of the history of the island at the time where she was called still Bourbon and was only a French colony . The collections of this establishment run by theDepartment of La Réunion include furniture as well as many everyday objects of the past. The visit includes the annex buildings, distributed in a field of more than ten hectares, the field of Villèle , protected with the Historical Monuments. This includes the Pointale Chapel , the former slave hospital and the old kitchen, which has huge stoves .
The Musee de Villele was inaugurated in 1976 and is the first museum created after the departmentalization of the island. The museum has entered a long period of work from the end of 2007 . It was about improving building safety and reducing vandalism. A signage improving the visitor's itinerary was set up at the same time, and the latter also concerns the former sugar factory found on site .

In May 2008, Jean Barbier is the curator of the museum