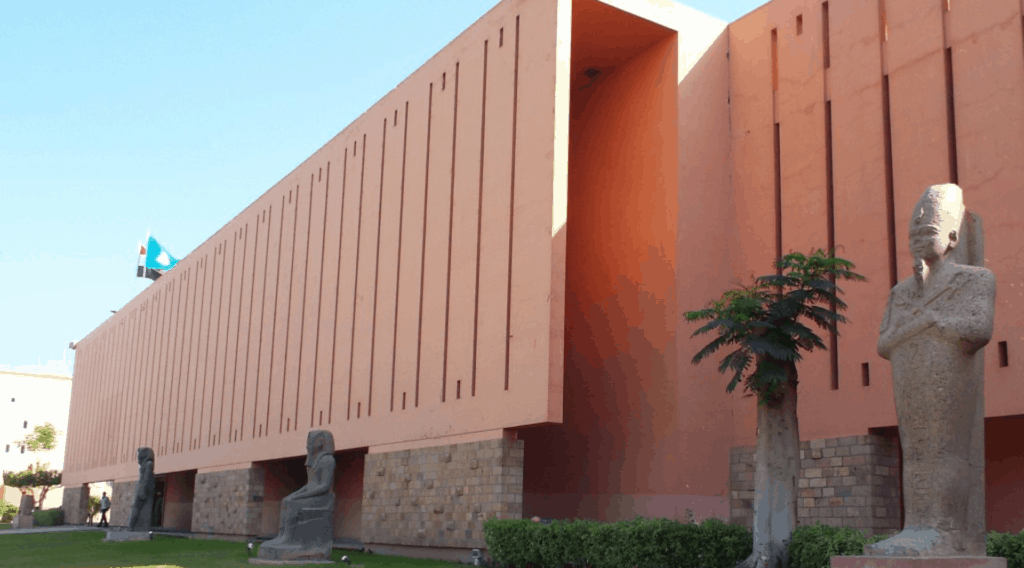 Luxor Museum is an archaeological museum in Luxor (ancient Thebes), Egypt. It stands on the corniche, overlooking the west bank of the River Nile. The Luxor Museum was inaugurated in 1975. It is a two-story building. The range of artifacts on display is far more restricted than the country's main collections in the Museum of Antiquities in Cairo; this was, however, deliberate, since the museum prides itself on the quality of the pieces it has, the uncluttered way in which they are displayed, and the clear multilingual labeling used.[citation needed]

The museum was conceived by the Egyptian Ministry of Culture, which hired Dr. Mahmud El Hakim, a top Egyptian architect, to create the plans in 1962. The installation of the museum art works came later and was finished between 1972 and 1975.
Among the items on display are grave goods from the tomb of the 18th dynasty pharaoh Tutankhamun (KV62) and a collection of 26 New Kingdom statues that were found buried in the Luxor statue cache in the nearby Luxor Temple in 1989. The royal mummies of two pharaohs - Ahmose I and Ramesses I - were also put on display in the Luxor Museum in March 2004, as part of the new extension to the museum, which includes a small visitor centre. A major exhibit is a reconstruction of one of the walls of Akhenaten's temple at Karnak. One of the featured items in the collection is a calcite double statue of the crocodile god Sobek and the 18th Dynasty pharaoh Amenhotep III.