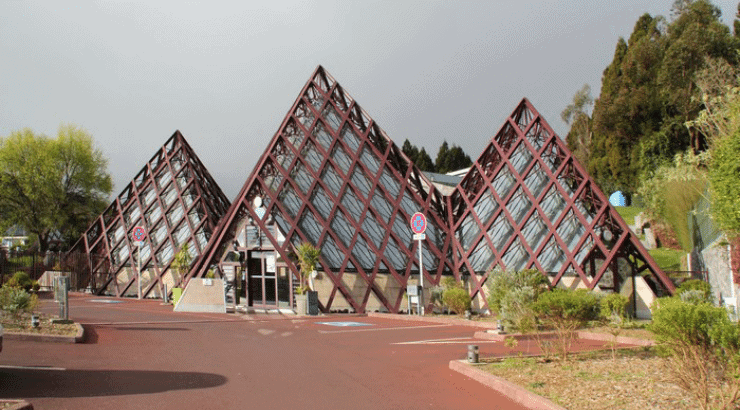 The La Cite du Volcan , called the Volcano of its creation in 1992 until 2011 , is a museum of the island of Reunion , department overseas French in the southwest of the Indian Ocean . It is located in Bourg-Murat , village of the Plain of Cafres located in the Hauts of the town of Tampon . The Cité du Volcan offers permanent exhibitions on the different volcanoes of the world and in particular on the Piton de la Fournaise, the active volcano of the island. The Volcano City is one of four establishments of the Local Public Society Meeting Regional Museums of African Modern Art.
The existence of this museum is largely due to the will of the couple of volcanologists Maurice and Katia Krafft , who studied the eruptions of the Piton de la Fournaise , both of whom died on June 3 , 1991in a fiery cloud of Mount Unzen , Japan .

The La Cite du Volcan of African Modern Art reopened its doors to the public on August 5, 2014. The establishment has innovative technological equipment: a 4D cinema, a 270 ° panoramic screen, holographic projections, augmented realities, large "multitouch" surfaces. format, etc. The museography was created by Nathalie Chauvier and Nicolas Béquart from Les Crayons agency. The Cité du Volcan is as attractive to adults as it is to children and offers many explanatory experiences.