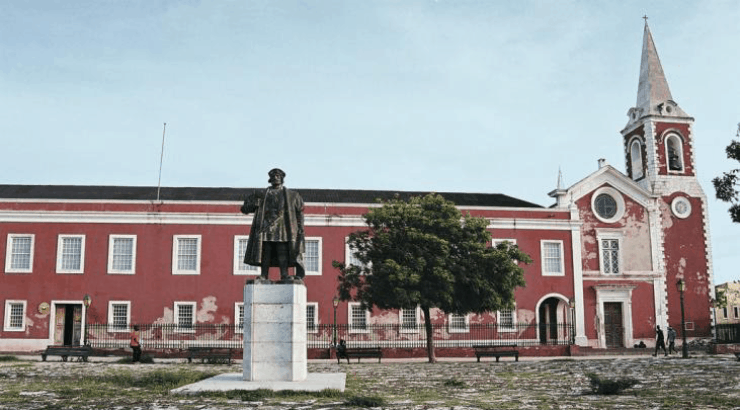 Governor's Palace Museum of African Art or the Palace of Sao Paolo (formerly known as Palácio dos Capitães-Generais) is a red building in the Stone Town. The Palace has been restored to its former glory. Its European architecture is an example of incredible faded grandeur from when it was the residency of the governor from 1759 to 1898. Today the Governor's Palace Museum of African Art houses the museum; Arab chairs, carpets, Chinese porcelain, Portuguese wall-hangings and chandeliers adorn the building and it gives a great insight into what upper-class life was like in the island’s heyday in the 18th century.

In the same building there is a tourist information office that sells street maps and has all information needed about the various restaurants and accommodation on the island. Behind the palace is the Museum of Sacred Art, which contains religious ornaments, paintings and carvings. It’s well worth heading here as soon as you arrive. The 400-year-old Sao Sebastian Fort is the jewel in the crown of the UNESCO treasures on the island. It is the oldest complete fort still standing in sub-Saharan Africa. Starting the construction in 1558, it took the Portuguese 50 years to build this important defense fort to protect against invasion. Cannons and cannonballs are dispersed on the upper perimeter of the walls, 400 cannons still point out to sea. The Portuguese converted many of the Bantu people in Mozambique to Catholicism.