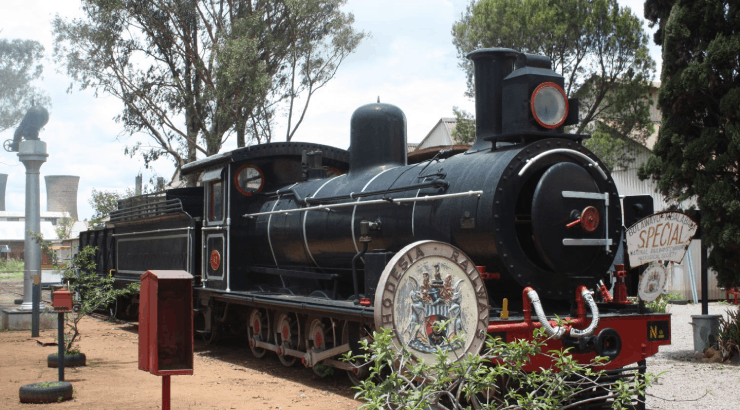 Bulawayo Railway Museum (est. 1972) is a railway museum located at Bulawayo railway station in Zimbabwe, that houses several exhibitions of African Modern Art on the history of the railway system in Zimbabwe, formerly Rhodesia. Its oldest exhibits date back to 1897, and include Cecil Rhodes' personal railway coach. The museum is owned by NRZ. Due to the severe shortage of rolling stock, some steam locomotives in the museum of African Modern Art have, in the past, been refurbished and returned to service.

There are 2 key buildings at the Bulawayo Railway Museum. The first one right by the entrance is the Shamva Station and the other one, the Main Hall which houses many of the special exhibits.

Shamva Station : This is typical Rhodesian Railways station building. It was dismantled and moved from Shamva and moved to the museum to serve as the main reception. It consists of a ticketing office, has most of the notice boards and "stuff" (rain gauge, fire extinguishers, etc) a train station was expected to have during Rhodesian Railway times.

The Museum is owned by National Railways of Zimbabwe, but before that it was owned and formed by Rhodesia Railways. It is managed by Mr Gordon Murray. He is a long serving member of the company but is now a pensioner.