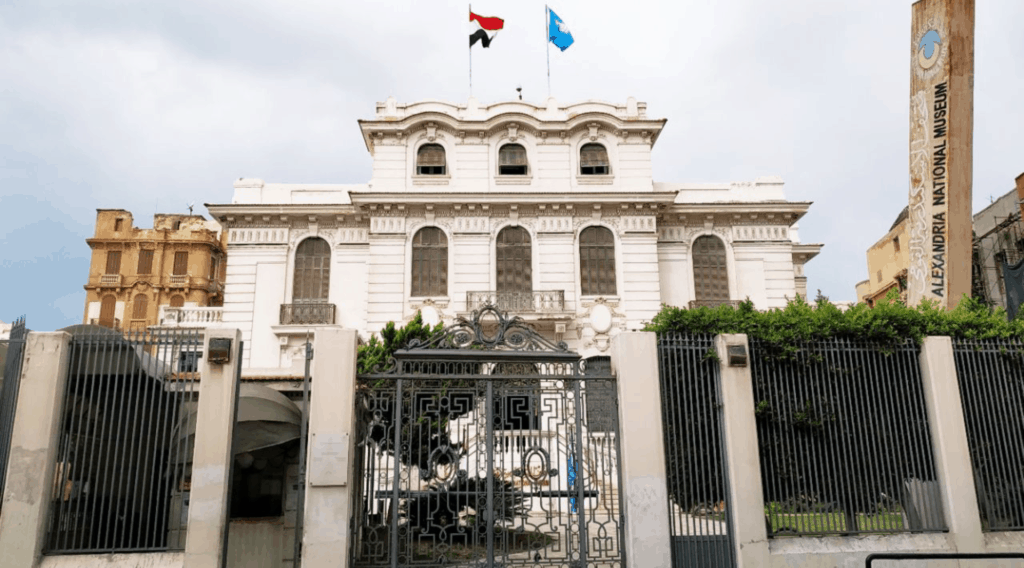 The Alexandria National Museum (ANM) is a museum in Alexandria, Egypt. It was inaugurated the 31 December 2003[by Hosni Mubarak and it is located in a renovated Italian style palace in Tariq Al-Horreya Street (former Rue Fouad). The building used to be home to the United States consulate. The museum is located in a former Italianate mansion. It's the former home of a wood sales person. It used to house the United States consulate. The building dates back to 1926, located around a large garden, in addition to housing a basement. The three-storey palace was a meeting place for the Egyptian upper-class society of Alexandria.
The Alexandria National Museum contains around 1,800 artifacts that narrate the story of Alexandria and Egypt. Most of these pieces came from other Egyptian museums. The museum mainly focuses on three collections spread over three floors:

The museum also has a collection of jewelry, weapons, statuary, numismatics and glassware.