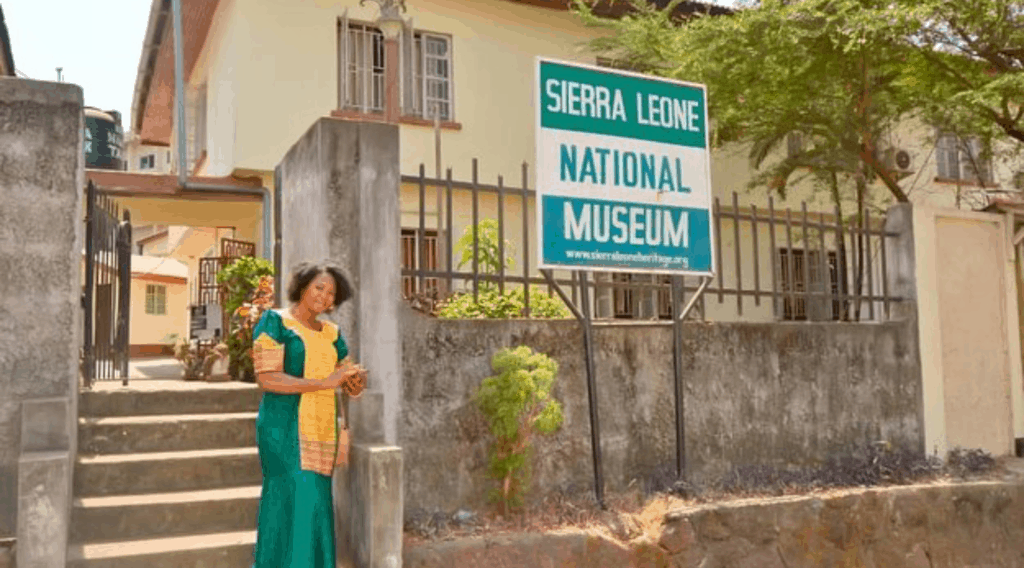 The Sierra Leone National Museum is the national museum of Sierra Leone. The museum is located at the junction of Siaka Stevens Street and Pademba Road in central Freetown, the capital of the country.

The museum's origin dates back to before Sierra Leone's independence. The Monuments and Relics Commission, chaired by retired Creole doctor M. C. F. Easmon, was set up by a 1946 ordinance "to provide for the preservation of Ancient, Historical, and Natural Monuments, Relics, and other objects of Archaeological, Ethnographical, Historical or other Scientific Interest". In 1953, Governor Sir Robert Hall encouraged the formation of the Sierra Leone Society and then challenged its members, mainly colonial expatriates and the Creole elite of the city, to establish a museum. In 1955, he offered the old Cotton Tree Telephone Exchange as a temporary location for the museum for a nominal rent. The place was gradually refurbished, and the Sierra Leone Museum or Museum of the Sierra Leone Society was officially opened on 10 December 1957 by Chief Minister Sir Milton Margai.

The government has rarely provided much support, and the museum still occupies its original, "temporary" location. The German embassy paid for an extension, which opened in 1987, marking the bicentennial of the founding of Freetown. The acting chief curator is Josephine Kargbo.

In 2013, the museum displayed the only known photograph of the Temne guerrilla leader Bai Bureh, who in 1898 started a war against British rule.[5]

University College London's "Reanimating Cultural Heritage: Digital Repatriation, Knowledge Networks and Civil Society Strengthening in Post-Conflict Sierra Leone" project, in conjunction with the Sierra Leonean Ministry of Cultural Affairs, the National Museum and other organizations and museums, has digitized 2000 objects from the museum, along with numerous other objects from other sources.