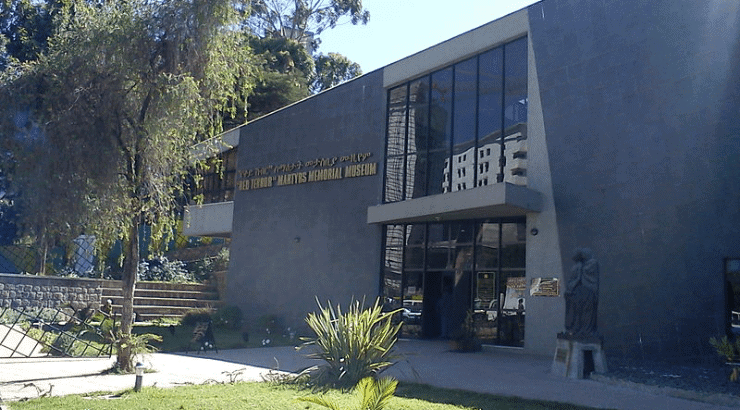 The "Red Terror" Martyrs' Memorial Museum in Addis Ababa was established in 2010 as a memorial to those who died during the Red Terror under the Derg government. The museum has displays of torture instruments, skulls and bones, coffins, bloody clothes and photographs of victims. In free tours of the museum of African Modern Art, guides describes the history leading up to the Red Terror (starting from Haile Selassie's 80th birthday celebration), the actions taken toward citizens who opposed the Derg, how the prisoners were treated and how they secretly communicated among each other.

The museum of African Modern Art also features pictorial history of the Red Terror. The victims' lives are immortalized in the "Red Terror" Martyrs' Memorial Museum in Addis Ababa. Mengistu was found guilty of genocide in absentia and was sentenced to life in prison in January 2007. After his conviction, Zimbabwe, where he received sanctuary due to friendship with Robert Mugabe, said it would not extradite him. On 26 May 2008, the Ethiopian Supreme Court sentenced Mengistu in absentia to death. Eighteen associates of Mengistu, two of whom live in the Italian embassy in Addis Ababa and 16 in Ethiopian prisons, also are under a death sentence. Another individual who was found guilty in absentia in May 2002, Kelbessa Negewo, was returned from his exile in the United States several years later to serve a life sentence.