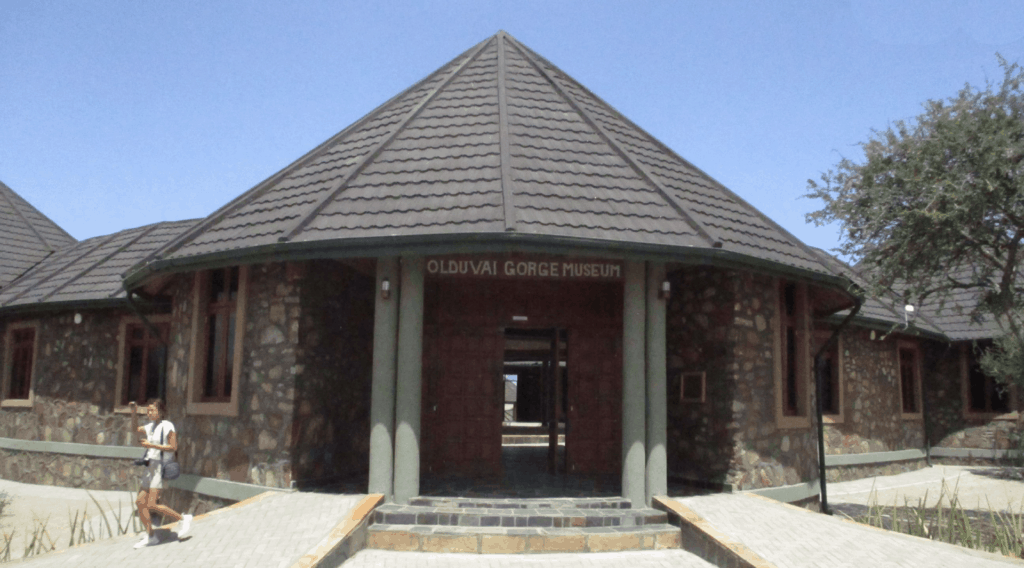 The Olduvai Gorge Museum is located in the Ngorongoro Conservation Area in Northern Tanzania on the edge of the Olduvai Gorge. The museum was founded by Mary Leakey and is now under the jurisdiction of the Tanzanian government's Department of Cultural Antiquities. It is a museum dedicated to the appreciation and understanding of the Olduvai Gorge and Laetoli fossil sites.

There are roughly 150 visitors a day during the peak season in the Ngorongoro Conservation Area. During the rainy season (March-August) the attendance can fall to 0 visitors a day. Visitors typically come from the closest city (Arusha) by safari vehicle. They commonly come for lunch and then depart to continue their safari in the Ngorongoro Conservation Area. According to the staff at the museum, visitors have come from all continents and represent most countries.

The exhibits at the Olduvai Gorge Museum are centered around the paleoanthropological research and artifacts that have come from the surrounding area. There is one hall dedicated to the Leakey family and their pursuit of working at Olduvai Gorge. This hall has historical artifacts from the Olduvai Gorge area as well as charts and maps explaining the process of fossil excavation. Many of the artifacts are original but some are casts (specifically the hominid skulls). The adjacent hall is dedicated solely to the Laetoli fossilized footprints. A cast that was made of part of the footprint trail in 1996 by the J. Paul Getty Museum is on display. Accompanying this are several charts and photographs describing and illustrating the process of the Laetoli Footprints creation. There is also a large illustration depicting three Australopithecus afarensis walking through the area 3.6 million years ago. In addition to these indoor museum exhibits there are also two outdoor lecture areas. These are utilized for orientation presentations given by museum staff.