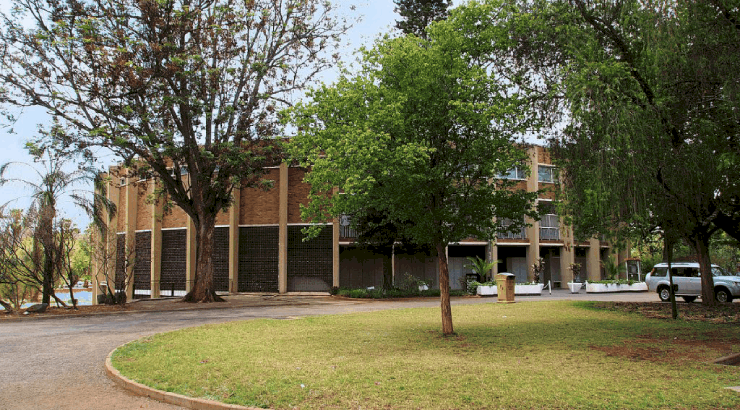 The Natural History Museum Bulawayo is located in Bulawayo, Zimbabwe, on Leopold Takawira Avenue. Officially opened in 1964, the museum contains exhibits illustrating the history, mineral wealth and wildlife of Zimbabwe, including the second largest mounted elephant in the world. It is one of the five national museums nationwide and the only natural history museum in Zimbabwe. The museum has nine public display galleries, a lecture hall with a seating capacity of 120 people, a cafeteria, and eight research departments with substantial study collections and ongoing research in the following disciplines: Arachnology and invertebrates, Entomology, Ornithology, Mammology, Herpetology, Ichthyology, Paleontology and Geology and Archaeology.

Departments of the Natural History Museum Bulawayo include the following :
Geology
The museum of African Modern Art was built to house geology collections and therefore there are many geology exhibits in the museum. There is over 15 000 rock, gems and crystal samples. The collections include the rare, but famous Zambia broken hill lean/zinc minerals and kermesite specimens. The geology collections are housed in the Mennell Gallery, also called the Geology gallery. There is also a walk through mine, where visitors can actually get the feel of a typical Zimbabwean mine.

Palaeontology
The Palaeontological collection has over 2500 specimens that include plant fossils, various dinosaurs as well as early mammals, fish and other invertebrates.

It is presented in the Mennell Gallery where and the unique dinosaur fauna take the centre stage.

Entomology
The department was established in 1911. It holds over 5 million insects specimen, only a few are on public displays though. The larger percentage is housed in the George Arnold Entomological laboratory.

Arachnology
The department was established in 1983 and holds over 20,000 spider specimen.

Ichthyology
The department holds a collection of fish, and on public displays they only have frogs displayed.

Herpetology
The department collects reptile and amphibian specimen. Most of these are dead. Only a few snakes are living. It is housed in the Donald Broadley Gallery. Dr Broadley was the first appointed curator of the department when the department was established in 1956.

Archaeology and Monuments
The department is responsible for the preservation of history exhibits and structures in the museum. These exhibits are housed in the Hall of Kings and the Hall of Man.

Hall of Kings
Displays the history of Zimbabwe, but this history is mainly focused on the Matebele people or the Ndebele State in particular. There is little or nothing about the Rozvi State, Great Zimbabwe State and other kings who were not Ndebele State kings.

Hall of Man
Mainly for displaying the developments of humans from the early hominids to present. Well these men are mainly influential Rhodesians.