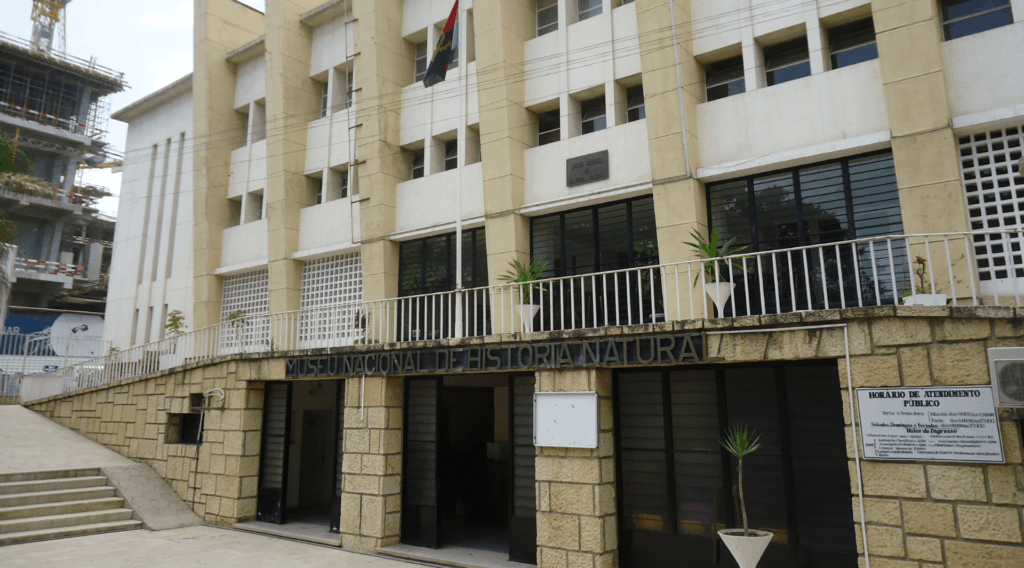 The Museu Nacional de História Natural de Angola (National Museum of Natural History of Angola) is located in Largo do Kinaxixe, in the city of Luanda, Angola. It was established in 1938 as the Museu de Angola, and was originally housed in the Fortress of São Miguel, initially with departments of Ethnography, History, Zoology, Botany, Geology, Economics and Art. A library and colonial history archive was added. In 1956 it moved to its current 3-storey building, and it today features a large collection related to the country's natural history and rich and varied fauna. The Museum of Natural History features spacious lounges, which contains stuffed specimens of mammals, fish, whales, insects, reptiles and birds.

The National Museum of Natural History aims to investigate, collect, conserve and disseminate to the public the natural resources that reflect Angola's biodiversity, in order to promote scientific knowledge. The museum has three floors with large halls, where there are stuffed specimens of mammals, fish, cetaceans, insects, reptiles and birds. The spaces are decorated and decorated to try to reproduce the natural habitat of the species. The museum's estate also includes vast and rich collections of mollusks, butterflies and shells, many of which were used as currency on the West African coast.