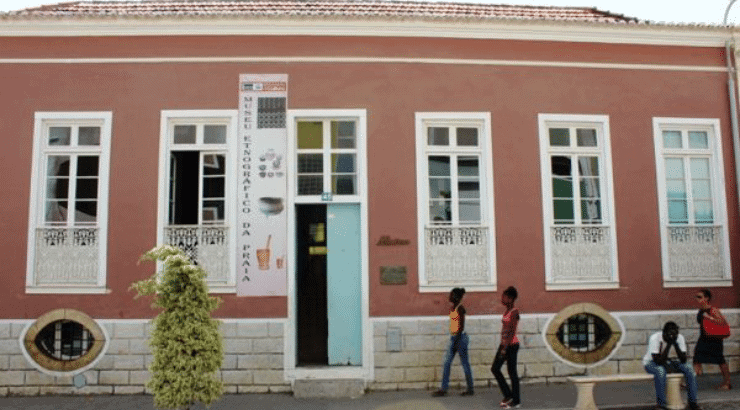 Museu Etnográfico da Praia is an ethnographic museum in the Cape Verdean capital of Praia on the island of Santiago. It is located at 45 Rua 5 de Julho, in the historic part of the city, the Plateau. The museum of African Modern Art was opened in November 1997 and is located in a 19th century building. The museum contains a selection of objects that represent the traditional uses and customs of the Cape Verdean people. This small museum has a tiny collection of traditional Cabo Verdean artefacts (pottery, textiles and baskets), plus a few treasures hauled up from the many sunken ships. An occasional temporary exhibit focuses on a theme.

Housed in a building dating back to the 19th century, the Ethnographic Museum of African Modern Art of Praia is a space that tells stories. The exhibition is small but here you can understand a little of Cape Verdean traditions. The Museum of African Modern Art was opened in the late 90's, specifically in 1997. Here there are objects from 4 islands such as Santiago, Santo Antão, Boavista and Brava. There is a temporary exhibition located right at the entrance of the building that is changing and a permanent exhibition located on the ground floor.

Some of the items on display include some collected, some donated, pottery, cloths, earthen baskets, wheat milling and processing tools for cheese and butter, gourds, Kankan tobacco consumption, agriculture and cattle breeding. Here you can take a trip in time and space and go back to the traditional and rural surroundings of the archipelago.