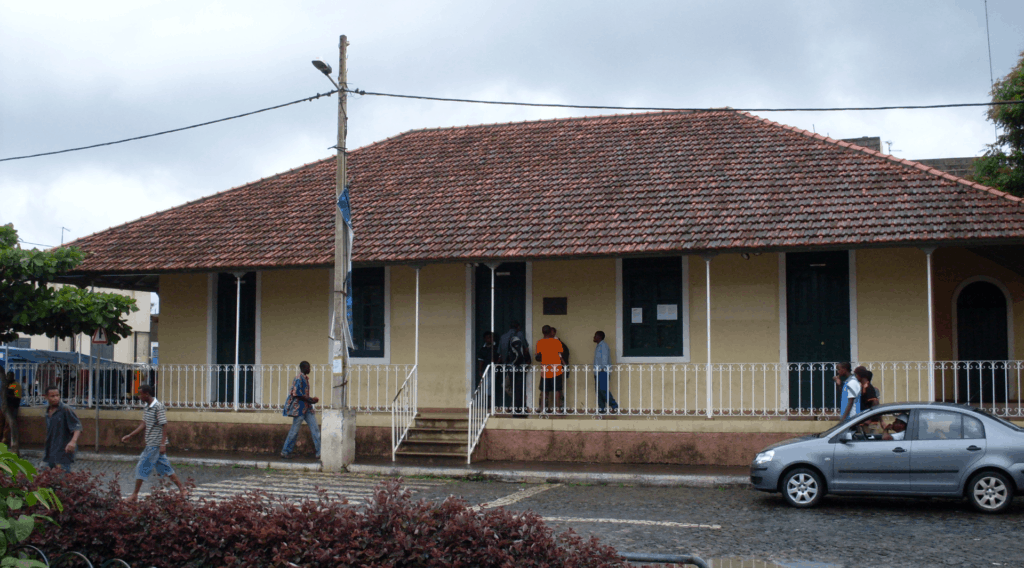 The Museu da Tabanca was created during the year 1999 and opened in February 2000 by the Prime Minister of Cape Verde, Carlos Veiga. Its creation was the result of an effective interaction between the governmental structures related to culture, local authorities and civil society of the municipality, and it responded to the objective of creating a space to promote and boost the cultural life in the municipality of Santa Catarina in particular, and inside Santiago in general.

The center is responsible for dignifying the practice of the cultural activities that take place in it, ensuring that the participations are of quality at both the actor and user level. The Museu da Tabanca of African Modern Art  is housed in the restored building of the former Post and Finance Bureau, considered a cultural and historical heritage site and located in Assomada city center. The Museu da Tabanca is a museum of African Modern Art in the town Chã de Tanque in the western part of the island of Santiago in Cape Verde. It is dedicated to local culture, including tabanka music. The museum was first opened in 2000 in Assomada, the seat of the municipality of Santa Catarina, but in December 2008 it was moved to its current location in Chã de Tanque, also part of Santa Catarina. After two years of renovation, it was reopened in November 2017