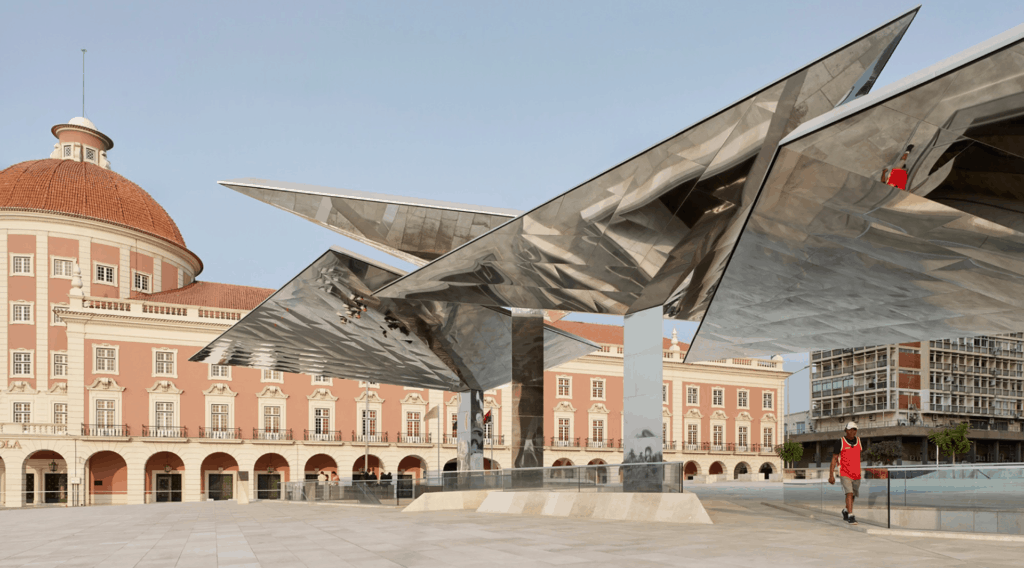 The Museu da Moeda Luanda is a Currency Museum presents the history of money from Zimbo to Kwanza . Unique in its vocation, this museum exhibits the collections of numismatics and notafilia of the National Bank of Angola, there are some framing objects and audiovisual devices that better enlighten visitors about our past. This brief script is intended to support the interpretation of the themes that constitute the Museu da Moeda Luanda 's narrative. Museography is based on thematic nuclei that focus on pre-monetary and other means of payment, single coin stories, the iconography of money, the evolution of banking, banknote illustrations, security elements and personal testimonies about the role of money in Angolan citizen's life.

The Museum was built in two years and seven months, with an extension of 4,425.20 m2, of which 3,873.45 m2 corresponds to the useful construction area making a total of 4900,00m2 of gross built area.
Every square meter of this museum comes originally from Angola. From the architectural project, to every stone fragment that sustains the work, everything is national. And that is something that fills us with enormous pride. And we believe that this sentiment will be equally passed on to those who toast us with your visit. After all, this museum is ours.