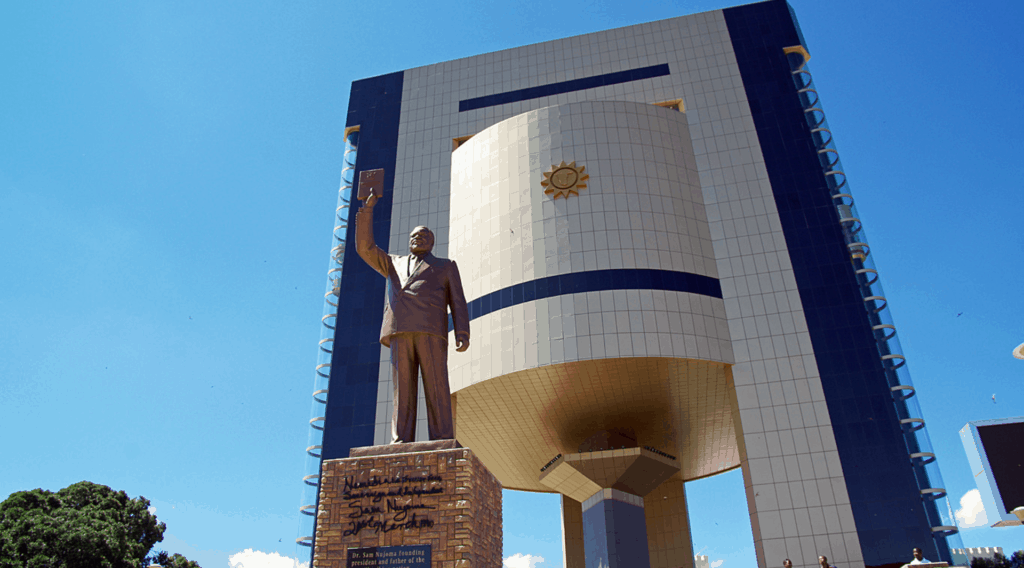 The Independence Memorial Museum Namibia is a historical museum in Windhoek, Namibia. It focuses on the anti-colonial resistance and the national liberation struggle of Namibia. The museum of African Modern Art is located on Robert Mugabe Avenue and was designed and built by Mansudae Overseas Projects, a North Korean firm. The museum was inaugurated on March 21, 2014, the twenty-fourth anniversary of independence of the country, by President Hifikepunye Pohamba. The museum is flanked by two statues: the Sam Nujoma Statue and the Genocide Statue, also built by Mansudae. The Sam Nujoma Statue sits on the site of the German-era Reiterdenkmal equestrian statue.

For great insight into the history of Namibia, take a trip to the Independence Memorial Museum of African Modern Art in Windhoek. The museum stands as a symbol of anti-colonial resistance and is a place where the story of the country’s national liberation struggle is told. The unusual design of the building features an exterior glass-fronted elevator, while inside the walls are papered with graphic paintings, dramatically conveying the tragedy of war. There are three floors concentrating on colonial repression, liberation, and the road to independence.

The Independence Memorial Museum Namibia is located on Robert Mugabe Avenue between two buildings of the German colonial period, the Christuskirche and the colonial citadel, the Alte Feste. The museum sits on a small slope between the two structures, and according to the historian Reihard Kossler, has broken up the ensemble of German monuments in Windhoek. In sharp contrast to the German colonial architectural style of the existing historical structures, the Independence Memorial Museum is built in the North Korean socialist realist style, symbolic of the "modernist, post-colonial state."