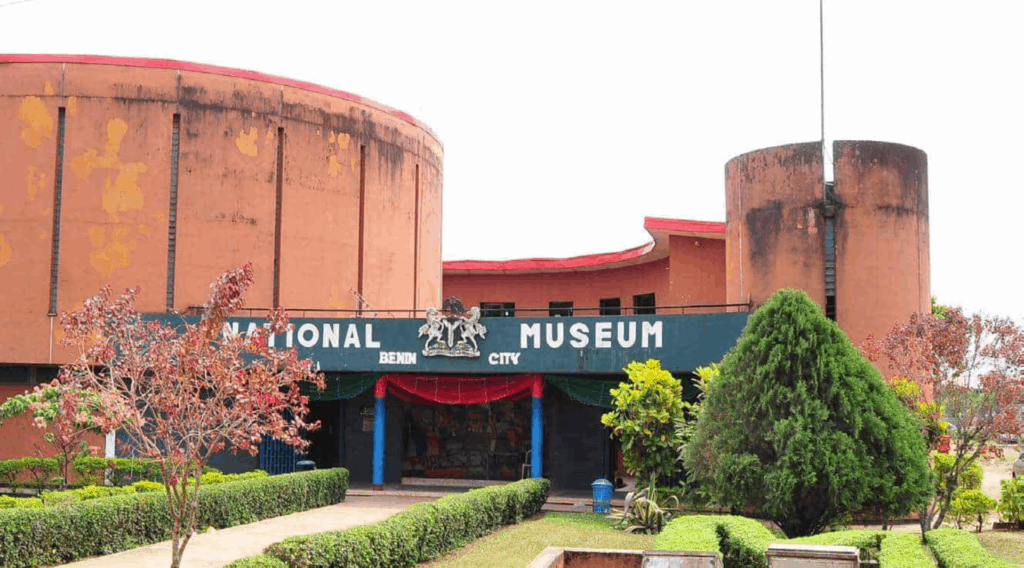 The Benin City National Museum is a national museum in Benin City, Nigeria. located in the city centre on King's Square. The museum has a significant number of artifacts related to the Benin Empire such as terracotta, bronze figures and cast iron pieces. They also cary ancient art related to the early times.

Benin City Museum is a premier national museum. It was opened in 1973. It is located at the city centre along King’s Square. National Museum Benin City boasts of a notable number of historic and cultural artifacts like the bronze figures, cast iron pieces, and terracotta related to the Benin Empire. The Museum is regard has one of the richest among the National Museums in Nigeria in respect to the amount of history it holds not just of the Benin Empire but of surrounding ancient city-states. The Benin Museum is working to have the British Governement return thousands of artifacts that were stolen from the city over a century ago.

Cameras are not allowed into the museum. The museum has the case where people come in, take photographs and attempt to recreate the artifacts found in the museum so it barred visitors from taking pictures entirely. You can however, take pictures from the outside of the museum.

Benin City Museum entrance fee
The gate fee is 300 naira per adult and 200 naira per children and 1000 naira for foreigners.

Some of the fun activities you can enjoy at the Benin City Museum:

Explore the Oba Akenzua Gallery on the ground floor of Benin National Museum. Some of the major artifacts here include the head of the renowned Queen Idia, samples of shotguns used during the Ida war and bronze casting of a gun powder keg.
Look through some of the beautiful artifacts from within Benin City, neighboring communities and Delta State on the first floor.
Get a glimpse of the various historic relics and artifacts from around the country on the last floor also known as Unity Gallery.
From the bronze throne presented to the emperor by the head of Portugal to various traditional clothing’s and craft work, get an insight into the ancient history of the Benin people.
Get a souvenir from the museum gift shop, ranging from batik fabrics to various traditional drinking vessels and jewelry items.