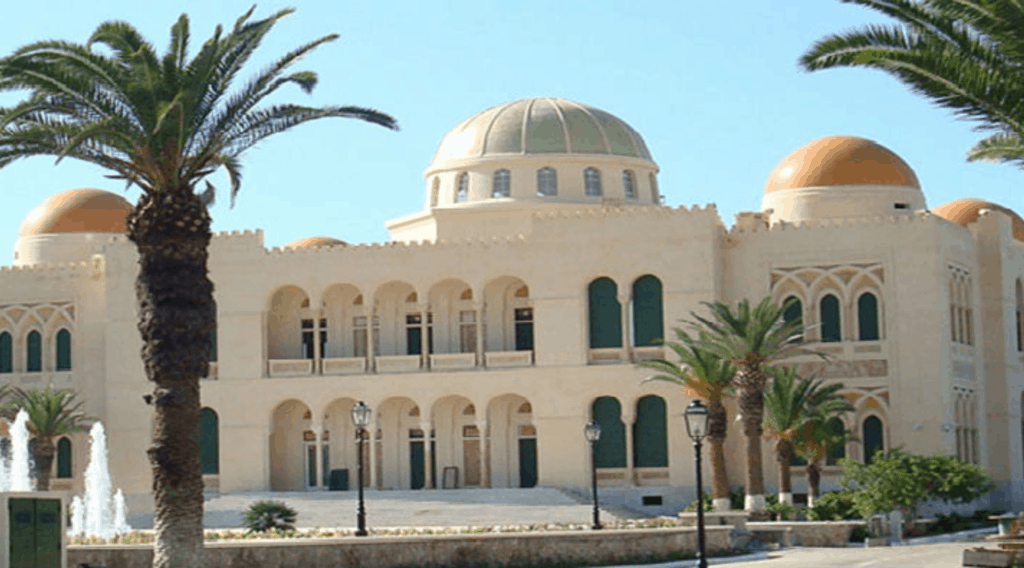 The Museum of Libya

The museum was made in the Royal Palace, constructed between 1924 and 1939 by Milanese architect Saul Meravigilia Mantegazza, in a neomoresco style.Museum development project is designed as a "system" that runs along the exhibition hall walls through a MDF wood paneling (including fan coil units, electrical wiring and networking, hydraulic tubes and speakers of odors).

The museum utilises fogscreen technology, in which traditional and bulky fixed screens were replaced by projection screens which produce thin curtain of “dry fog" that serves as a translucent projection surface. This projection screen is literally floating in the air and visitors can walk right through it, without getting wet. The new technology uses ordinary tap water to generate microscopic fog droplets, on which images are projected to create a captivating new experience. Dubbed the technology of the decade, the Fogscreen has won numerous awards including the Business 2.0 Bottom Line Design Award and the Best Special Effect by the Club World Awards.

The Museum of Libya 0 reviews