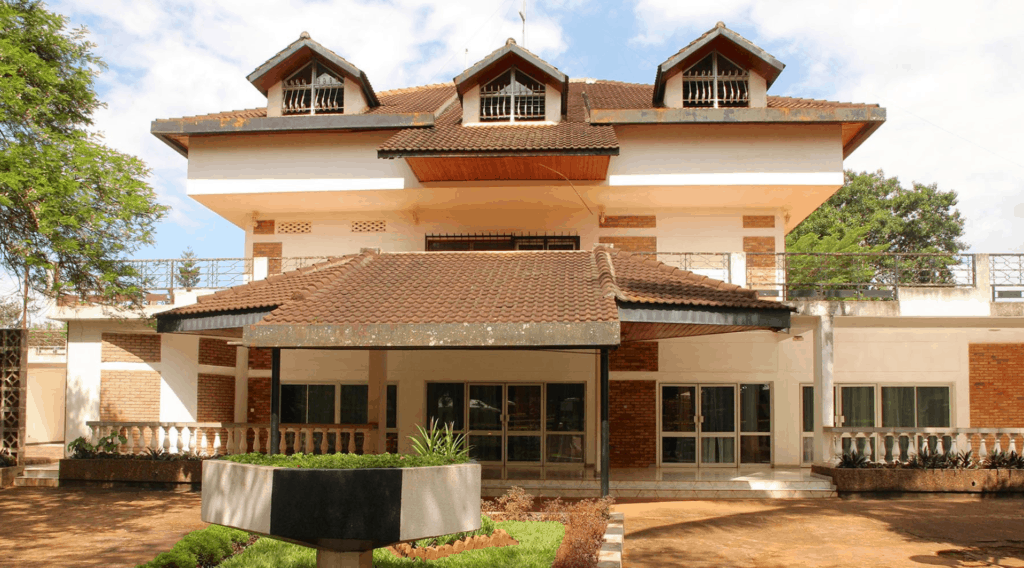 Rwanda Art Museum Kigali is Formerly the Presidential Palace Museum, this new museum displays contemporary artworks from Rwanda as well as abroad. The museum seeks to provide an insight into the originality of Rwandan creativity. Exploring the development of art from olden times to the modern day, it considers how traditional and modern imaginations can blend and fuse.

The flight debris from the presidential jet that went down on 6th April 1994 remain in situ in the garden and this will remain a heritage site. The sprawling Rwanda Art Museum Kigali facility is located in Kanombe, about four kilometers from the Kigali International Airport. Although it’s the only contemporary art museum the country has at the moment, it is not the first art museum in the country. From 2006 until 2018, the Institute of National Museums of Rwanda operated an art museum in Rwesero-Nyanza, in a building that was built in the 1950s, and that was supposed to become a new royal palace for King Mutara III Rudahigwa.

Inside the museum, one is greeted by art works that were initially exhibited at Rwesero, in addition to other relevant artworks that were recently acquired from different Rwandan artists. According to officials from the INMR, the idea to transform the building into an art museum came from suggestions left by visitors, while other suggestions came from local visual artists. In all, there are 127 artworks produced by 51 different artists on display on the museum walls. The pieces range from sculptures, paintings, to mixed media and ceramics.