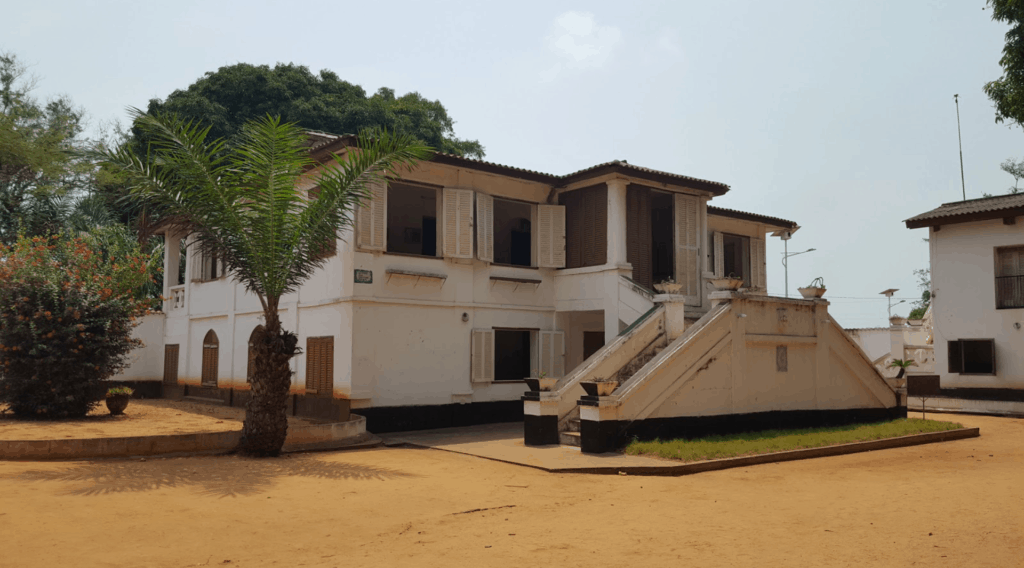 The Ouidah Museum of History is an historical museum in Ouidah, Benin. The Museum contains a wealth of objects and illustrations of historic and cultural significance, which together gives the visitor an intimate understanding of the region's past. The museum's collections are grouped into six major themes: the Portuguese Fort (in which the museum resides), the Kingdom of Xwéda , the Kingdom of Dahomey , the Slave Trade, Vodun, and the Cultural Links between Benin and the New World.
The museum is located within the compound of the Portuguese Fort in Ouidah. In its earliest days the Portuguese conducted trade for slaves within the walls of the compound, and throughout its history until it was taken by the Kingdom of Dahomey it served as the site of the diplomatic presence of Portugal in the area. After the fort became property of Dahomey in 1961, the Dahomean government began restoration, and in 1967 the fort became the Ouidah Museum of History.

The Museum of Ouidah 's permanent collections depict the history and traditions of the region's inhabitants. Beginning with artifacts from the old Portuguese Fort (in which the Museum of Ouidah is housed), the collections proceed to describe through objects, imagery, and artifacts the history of the kingdom of Xwéda and kingdom of Dahomey, both of which were dependent on the trade in enslaved individuals with Europeans for riches and power. Photos and artifacts portray the impact that people from Benin made on the cultures of New World societies, as well as the effects of mass repatriation to Benin after the decline of the slave trade. Finally, local religious tradition is characterized through many current religious items and photos from local ceremonies.