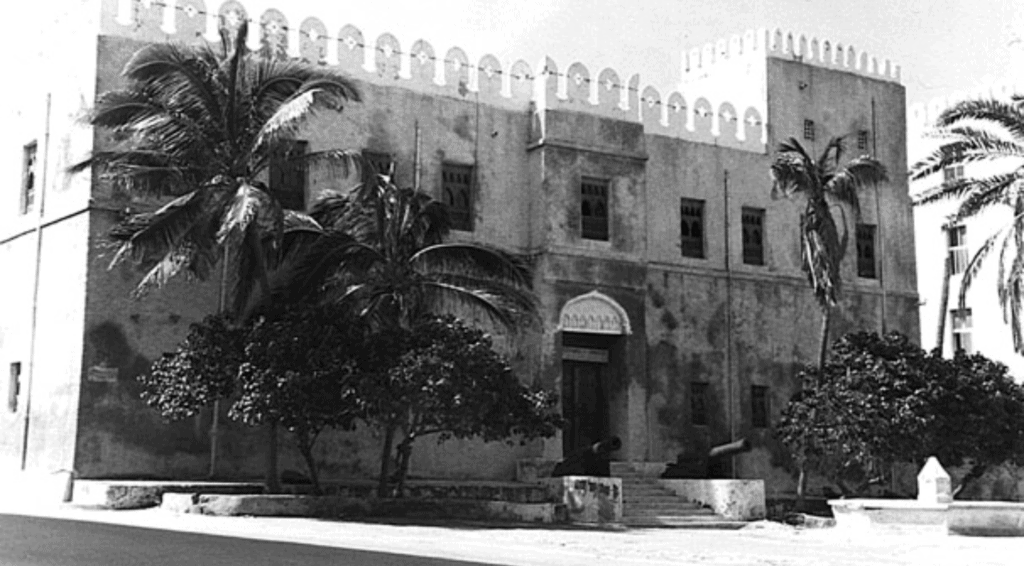 The National Museum of Somalia is the  national museum based in Mogadishu, the capital of Somalia. It was established in 1933 by the colonial authorities in Italian Somaliland. After shutting down operations in 1991, it later reopened, and presently houses a number of important historical artifacts. In September 2019, the Museum was rebuilt; almost 30 years after its destruction.

The Museum is housed in a two-storey building that dates back to 1872. It was built at the request of the Omani Sultan of Zanzibar, Barghash ibn Sa'id, as a residence (called Garesa) for the then Governor of Mogadishu, Suleiman bin Hamed, after he had received permission from the Somali Sultan Ahmed Yusuf of the Geledi Sultanate.

In 1933, the building was totally reconstructed and adapted to the Museum (Museo della Somalia). It was the most important cultural place in Italian Mogadiscio.

The "Museo della Garesa" (as was called by the Italian colonists) was officially opened to the public the next year by Governor Maurizio Rava. The museum suffered heavy damages during World War II.

After the independence of Somalia in 1960 it was turned into a National Museum. When the National Museum was moved in 1985 it was renamed to the old Garesa Museum (Museo della Garesa) and converted to a regional museum.