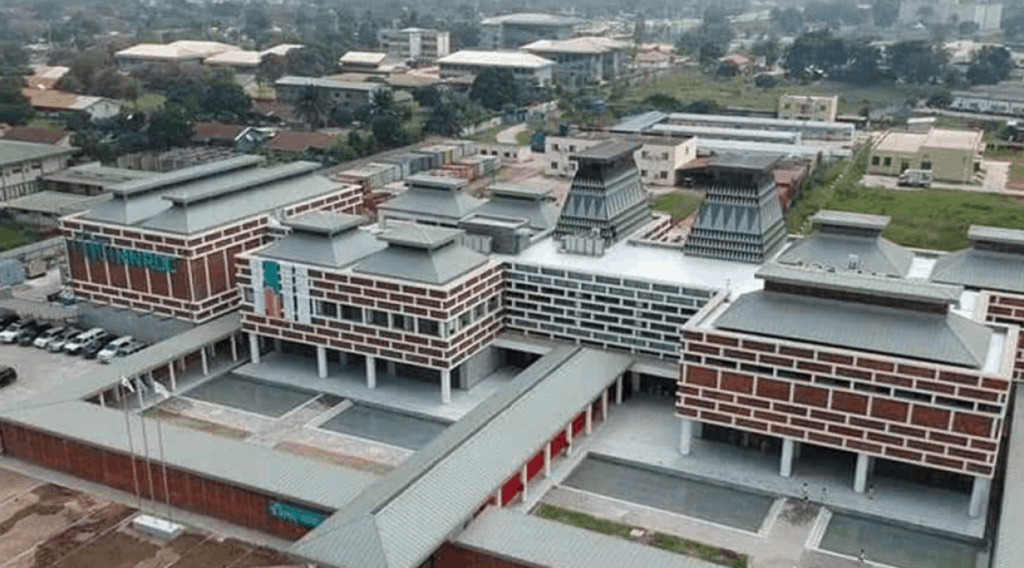 The National Museum of DRC (French: Musée National de la République Démocratique du Congo) is a museum for the cultural history of the numerous ethnic groups and historical epochs of the Democratic Republic of the Congo in the capital Kinshasa. It was officially opened by representatives of the DR Congo and the Republic of Korea in June 2019, replacing the former National Museum in Kinshasa.

The construction of the National Museum of DRC cost of US-$ 21 million was funded by the Korean Agency for Cooperation (KOICA). The building was built after a construction period of 33 months in cooperation between experts of the DR Congo and the Republic of Korea under modern aspects (locally available construction materials, use of solar energy, natural air circulation with only partial use of air conditioning, etc.) and represents the largest cultural policy investment of South Korea in Central Africa so far.

In three public exhibition halls of 6,000 m², 12,000 objects can be presented in their cultural context. The majority of the holdings of the National Institute of Museums (Institut des Musées Nationaux du Congo), however, must be stored in depots. Unlike in the past, when the director and scientific cooperation had been provided for decades by Belgian scientists from the Africa Museum in Brussels, Congolese experts have now been trained in South Korea.Thus, the Congolese cultural politicians have put their international cooperation on a broader basis than before.