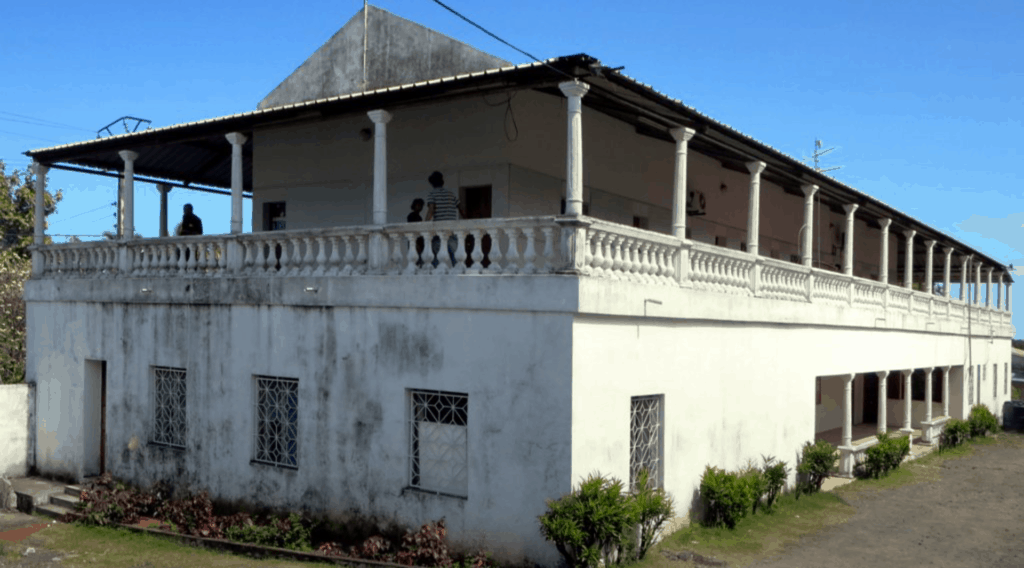 The National Museum of Comoros (in French: Le musée national des Comores) is a national museum in the capital city of Moroni on the island of Grande Comore in the Comoros, presenting the country's cultural heritage.

The museum was established in 1989 and has four exhibit rooms with collections on:

The museum is part of the National Center of Documentation and Scientific Research (CNDRS).
Two smaller regional museums on the islands of Anjouan and Mohéli are associated with main museum.

The Comoros officially the Union of the Comoros is an island country in the Indian Ocean located at the northern end of the Mozambique Channel off the eastern coast of Africa between northeastern Mozambique, the French region of Mayotte, and northwestern Madagascar. The capital and largest city in Comoros is Moroni. The religion of the majority of the population is Sunni Islam. Traditional Comorian women wear colourful sari-like dresses called shiromani, and apply a paste of ground sandalwood and coral called msinzano to their faces. Traditional male clothing is a colourful long skirt and a long white shirt.