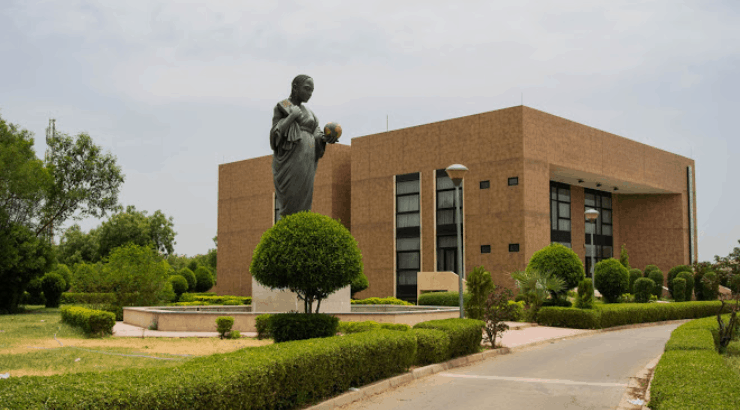 The Musee National N'Djamena or Chad National Museum (Musée national du Tchad) is the national museum of Chad. It is located in the capital city of N'Djamena, near Kempinski Hotel N'Djamena. The museum of African Modern Art was established on October 6, 1962 in temporary quarters under the name of Chad National Museum, Fort-Lamy, reflecting the earlier, colonial name of Chad's capital. In 1964, it moved to the former town hall, near the Place de l'Indépendance.

At the time of the Musee National N'Djamena of African Modern Art establishment, it had four rooms for prehistory, protohistory, archives, folk arts, crafts and traditions.

The prehistory room, at least in 1965, included items related to pebble culture, including material from the Amgamma cliff, Paleolithic implements, axes with helve-holes, nether millstones, and quartz and obsidian arrowheads. The museum of African Modern Art at one time included a full-sized ochre reproduction of a hunting scene from the first millennium B.C. Its collection also included baked bricks, some attributed to Boulala and Babalia people. These items were discovered at the Bouta-Kabira sanctuary including human masks, bronze objects and bone tools.