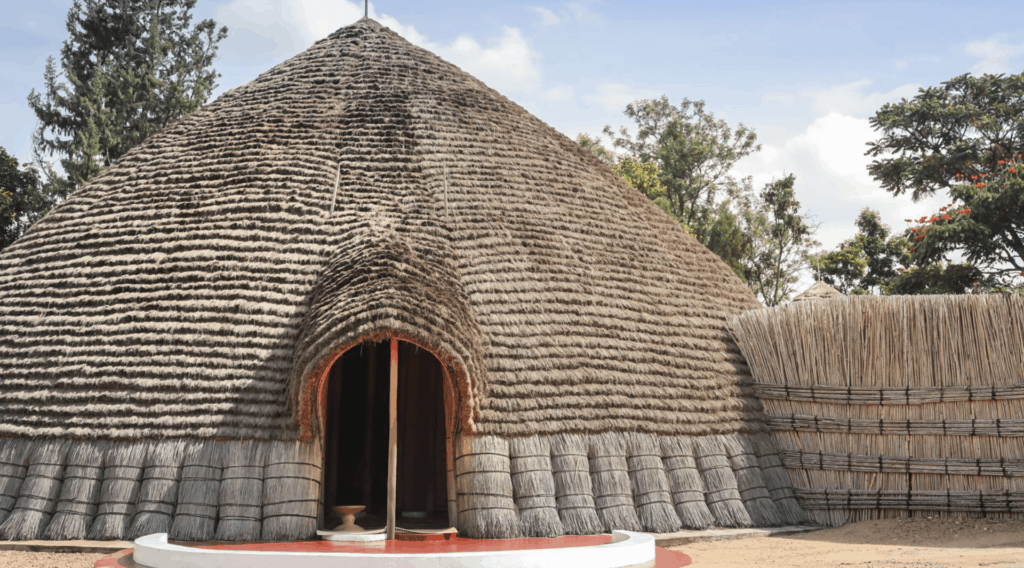 A reconstruction of the traditional royal residence, the King's Palace Museum Nyanza is a beautifully-crafted thatched dwelling shaped like a beehive. In olden times, Nyanza was the heart of Rwanda. According to oral tradition, it was the site of battles and power struggles.

For a long time, the monarchy was mobile, moving the court between various locations. When it eventually settled in one place, Nyanza was the obvious choice. The capital of the kingdom had as many as 2,000 inhabitants, and huts built with the same methods as seen here.

At the back live a few long-horned Inyambo cattle, descended from the king’s herd, whose keepers carefully tend and sing to them, keeping alive a unique tradition.

The elegant cows, derived from the wider Ankole breed, played an important role during ceremonies in honour of the king. They were decorated with rich jewellery, and were taught to listen to a trainer’s songs and follow his movements in a stately parade.

Rwanda ceased to be a monarchy in 1962, when it gained independence from colonial rule. However, the breeding and grooming of Inyambo is still carried out under the Rwanda Agriculture Board. The nearby Ethnographic Museum in Huye houses one of Africa’s finest ethnographic collections, and makes a good combination with the King’s Palace.