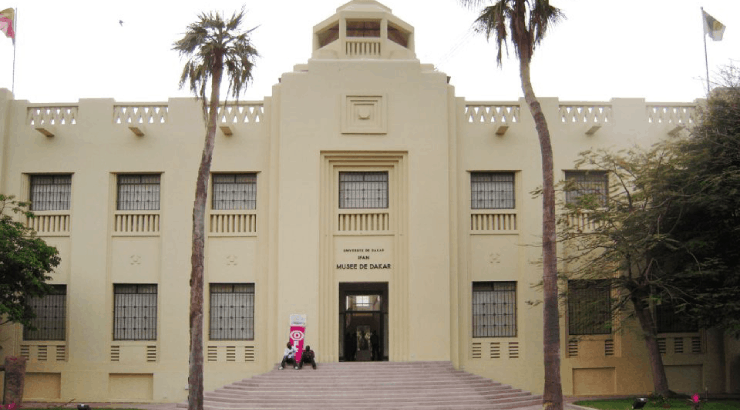 The IFAN Museum of African Arts is part of the Institut Fondamental d'Afrique Noire (IFAN) institute, founded 1936 under the Popular Front government in France. When IFAN was transferred to Cheikh Anta Diop University in 1960, the building at Place Soweto near the National Assembly of Senegal was converted into a museum of African Modern Art. It is today one of the most prestigious centers for the study of African culture and part of the Cheikh Anta Diop University. As the main cultural research center of the colonies of French West Africa, it contains important collections of African Modern Art from across Francophone Africa.

The museum is one of the regular locations used in the Dakar Biennale exhibition, showing art by contemporary African and diaspora artists.