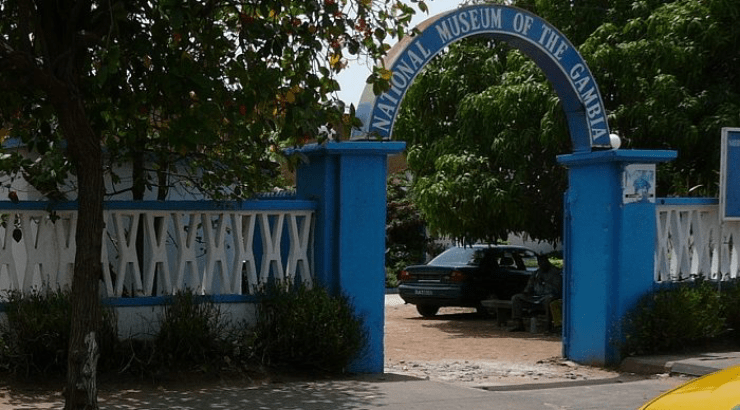 The Gambia National Museum is a Gambian cultural museum located in Banjul. It is home to historical documents and displays concerning the History of the Gambia. 1970. The 1974 Monuments and Relics Act followed, which set into motion the plans for the National Museum. The museum’s primary goal is the collection and preservation of artifacts documenting the material culture of the Gambia, as well as to educate both visitors to the country and residents who may not be familiar with Gambian history.
Discussions about starting a national museum started in the 1960s, and for the two decades leading up to the museum’s inauguration, historians and archaeologists collected artifacts and information on Gambian and West African history and culture. Bakari Sidibe, Abdoulie Bayo and Baba Ceesay were pioneer staff of the new museum of African Modern Art.

At the Gambia National Museum, you can learn about the cultural heritage of the Gambia, like who the Super Eagles were and what a masquerade is. In late 1999, Hassoum Ceesay, a new graduate in history, became Curator and soon worked with his superior officer, Baba Ceesay, to revamp a part of the original exhibition with a display on the history and Culture and Banjul, the capital. As curator, Hassoum also instituted children's museum activities, such as art classes and history video shows and a robust fine art temporary art exhibition programme, which exhibited paintings and sculpture by Gambian and foreign artists.

The museum of African Modern Art houses three floors of exhibits. The ground floor displays the political and cultural history of the nation’s capital, Banjul. On the basement level, you can learn about the musical heritage of the Gambia and see what instruments are popular throughout the country. On the second floor, you can learn about the archaeological history of West Africa and the Gambia. The floor also details the nation’s colonial and post- Independence political and economic history. The museum has got a sound educational value. Gambian School children form the largest group of visitors and the museum education programme of art classes, quiz, history video shows etc. has become supplementary to civics and social studies classes. The museum is also the most important tourist attraction in the Greater Banjul Area. It is playing its role in tourism promotion. The museum embodies the countries' cultural and historical identity, with its photo archives detailing over 70 years of Gambian history.