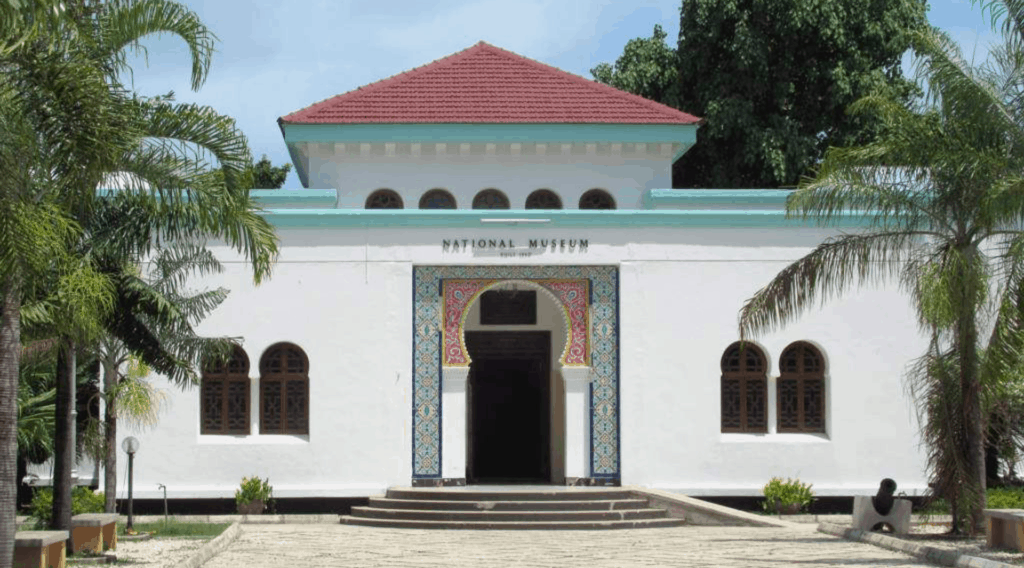 The Dar es Salaam National Museum is located in Shabban Robert Street, next to the botanical gardens. Established in 1934 and open to the public since 1940, it was originally a memorial museum dedicated to King George V; one of the cars of the King is still on display. The museum was expanded in 1963, with the addition of a second building. It is now dedicated to the history of Tanzania. Its most famous exhibits include some bones of Paranthropus boisei that were among the findings of Louis Leakey at Olduvai. The museum also has a large section dedicated to the Shirazi city-state of Kilwa. More historical miscellaneous material is related to the German and British rule, and ancient Chinese pottery. The museum also has ethnographic collections on Tanzanian cultures.

The Museum is under jurisdiction of The National Museum of Tanzania, which is a consortium of five Tanzanian museums whose purpose is to preserve and show exhibits about the history and natural environment of Tanzania. The consortium developed from the National Museum of Dar es Salaam, established in 1934 by Tanganyika governor Harold MacMichael. Four more museums later joined the consortium, namely the Village Museum in Dar es Salaam, the National History Museum and the Arusha Declaration Museum in Arusha, and the Mwalimu Julius K. Nyerere Memorial Museum in Butiama.