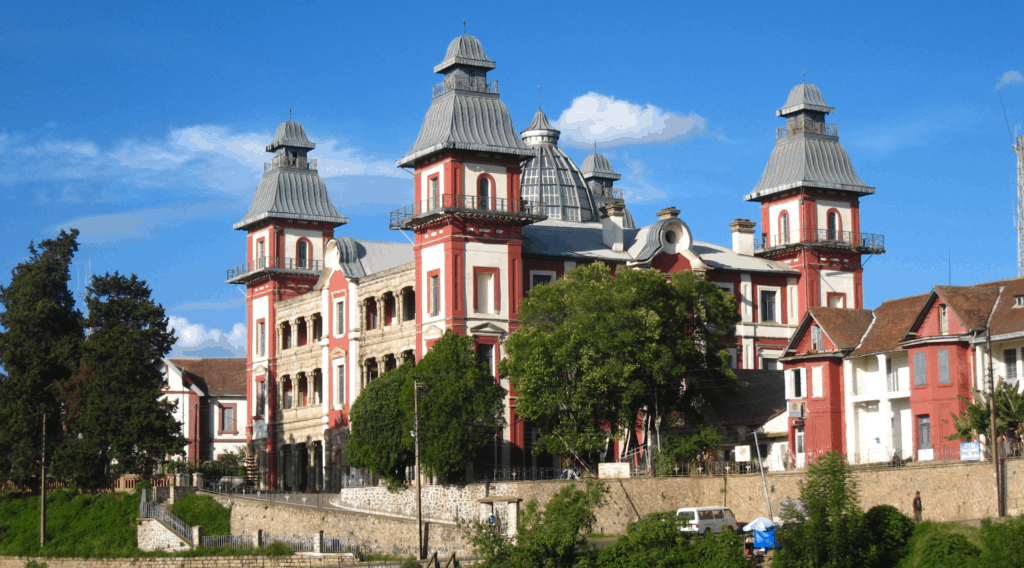 The Andafiavaratra Palace Museum Madagascar, located on the highest hilltop of the capital city of Antananarivo, was the residence of Prime Minister Rainilaiarivony of Madagascar, who governed the island kingdom in the late 19th century. The building currently serves as the Andafiavaratra Palace Museum Madagascar and the estimated 1,466 objects of historical importance to the Kingdom of Madagascar that were rescued from the 1995 fire at the Rova of Antananarivo are housed here.

The original palace was built by wood under the supervision of Queen Ranavalona I. In 1872, this wooden palace was replaced by the current palace according to the plans of British architect William Pool. In the centre of the 3-storey palace there is a large reception hall which is lit up by a glass dome. Each of the four corner towers include a bell tower. From 1864 to 1895 the palace was the residence of prime minister Rainilaiarivony, who married three queens and exercised ultimate power from there.

After Madagascar became independent, the palace was used as army barracks, court, school of fine arts, presidential palace and finally again as the prime minister's office.

In 1976 the palace burnt down. After some great restoration it houses today an exhibition of precious items which were saved from the fire of the Rova in 1995, such as the red jacket of Radama I, the royal coral jewels, various royal portraits and the diadem of the last queen.