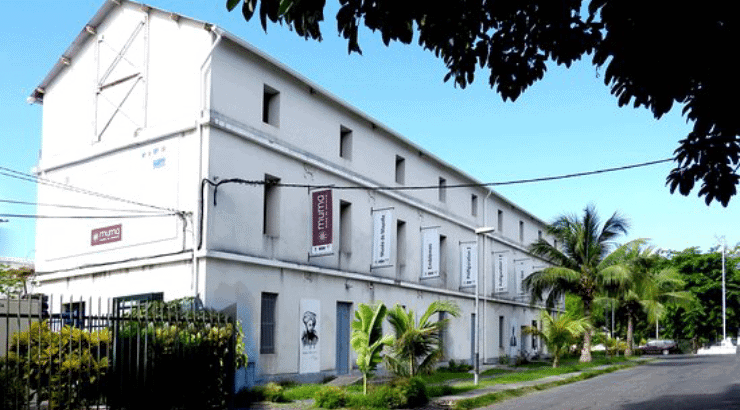 MUMA Musée de Mayotte is the former Barracks of Dzaoudzi (close to the barge), rehabilitated in museum "MuMA" (Museum of Mayotte) of African Modern Art opened its doors in September 2015 on the occasion of the European Heritage Days. In constant evolution, the MuMA invites you to discover the wealth of the island through exhibitions, on emblematic themes, as well as the natural and cultural environment as the tangible and intangible heritage. The MuMA proposes each year one or two new exhibitions of prefiguration, in order to enrich the collections of this young museum allowing the public to discover all the richness of the history and the culture of Mayotte. Since December 20, 2018, the MuMA has received the name "Museum of France" and thus enters the great family of museums of African Modern Art whose permanent collections are composed of goods, whose preservation and presentation are of public interest and organized for the knowledge, education and pleasure of the public (Law Museum of 4 January 2002). In a warm and welcoming setting, you will discover the riches of the lagoon through films and unusual objects, such as the surprising sperm whale skeleton, the immaterial practices, such as shioni (the place of books or Koranic school), as well as many craftsmanship skills ... You will also apprehend the ritual world and the perspective of Mayotte through economic and cultural exchanges, past and present. A must to immerse yourself in the history of Mayotte, its traditions and the wonders of its natural heritage. In March 2019, the MuMA inaugurated its fifth prefiguration exhibition: "Immersion". This exhibition focuses on marine natural heritage, initiated in 2016 with the room dedicated to sperm whale (prefiguration # 2). The MuMA continues to highlight the objects "emblems" of the island and its region: here is the coelacanth (Latimeri chalumnae ), a rare witness of the transitions between aquatic life and terrestrial life during the evolution of the species. It is around this endangered fish, close to the fossils of a species that has been extinct for 60 million years, that the exhibition is structured. A hundred specimens of the local geographical area, in an atmosphere of "cabinet of curiosities" which reflects that of the ancestors of museums: collections of enthusiasts, amateurs in the noble sense of "those who love". Marine sounds, proverbs and stories, videos, photos of professionals and amateurs support and clarify the subject. An invitation to become aware of the biodiversity of the seabed and the importance of its preservation.