Repatriation of African art gains momentum and funding by Manny Tajeda-Moreno for the Wildhunt.org

In February, the Metropolitan Museum of Art ended an Egyptian art exhibition titled “Nedjemankh and His Gilded Coffin” after the Manhattan District Attorney’s Office revealed that the provenance of the golden coffin had been faked by a Parisian art dealer in 1971. “Stewards of the world’s most important artifacts have a duty to hold their acquisitions to the highest level of scrutiny,” Manhattan District Attorney Cyrus Vance said in a statement at the time.

The Met’s director, Max Hollein, responded by closing the exhibition. “Our museum must be a leader among our peers in the respect for cultural property and in the rigor and transparency of the policy and practices that we follow,” he noted.

The problem of stolen African art is not unique to the Met. For decades, African countries have been calling for the return of their cultural heritage. African art collections are found in museums across North America and Europe, and the provenance of that artwork is muddied by the realities of cultural occupation.

European colonization of Africa resulted in widespread artistic looting. Take, for example, the religious art of the Yoruba and other cultures from sub-Saharan Africa: one museum alone, the Quai-Branly Museum of Paris, has some 70,000 items from the region. These collections are vast and include ritual items of ancient as well as contemporary religious practices.

In November 2018, French President Emmanuel Macron received the results of a report he had commissioned in which experts advised him to initiate the restitution of looted African artwork. The report recommended the permanent repatriation of African patrimony that was plundered during the French colonization of Africa.

Macron commissioned the report a year earlier while traveling in Burkina Faso, where he expressed a desire that “in five years’ time, conditions will be in place for provisional or permanent restitution of African cultural heritage to Africa.” Macron added, “I cannot accept that a large part of cultural heritage from several African countries is in France… There are historical explanations for that, but there are no valid justifications that are durable and unconditional. African heritage can’t just be in European private collections and museums.”

In a subsequent presidential letter that commissioned the report, he asked that all solutions be explored, “up to permanent modifications of national inventories and renditions.”

The report was authored by Dr. Bénédicte Savoy, a French art historian and professor of Art History at Technische Universität in Berlin, and Dr. Felwine Sarr, a noted Sengalese scholar, musician, and professor of economics at University Gaston Berger of Saint-Louis.

The authors pointed out in their report and prior assessment that restitution is the main path forward. They noted that the Macron’s original statement “evokes both ‘temporary refunds’ and ‘final restitutions’, carries an ambiguity that seemed essential to resolve quickly. The expression of temporary restitution, at first, functions as an oxymoron: it may suggest that the objects concerned will be returned for a time only, that is to say that their return would not be definitive.” While temporary repatriations may be a step to a final solution, they added that those temporary loans of artwork would exist only until while there is an authentic search for legal mechanisms that lead to the “unconditional return of heritage objects to the African continent.”

They added that “Museums of Others” have become commonplace. They noted that “the problem arises when the museum is not the place for the affirmation of the national identity but is conceived, as Benoît de L’Estoile points out, as a museum of the Others; that he keeps objects taken elsewhere, appropriates to himself the right to speak of others (or in the name of others) and to pretend to speak the truth about them…  Through the objects and stories of the so-called ethnographic collections, controlled representations of societies, often essentialized, have been set up.”

The report was met with anxiety by French museums and their curators, who had hoped it would offer some alternatives forward. The report begins, however, “Behind the mask of beauty, the question of restitution invites us to go right to the heart of a system of appropriation and alienation, the colonial system, of which some European museums are today, in their own right, public archives”.

Still, a year after the report was delivered, no artifacts have been returned by France. The costs, from logistics to legal complications, were presented as obstacles to the task.

This week, the Open Society Foundation, the international philanthropic organization founded by George Soros, launched a $15 million initiative to assist with art restitution.  “The legacy of colonial violence has deep implications for the ways that racism and imbalances of power are perpetuated today,” Patrick Gaspard, the president of the organization, said in a statement. “This isn’t just about returning pieces of art, but about restoring the very essence of these cultures.”

The report by Savoy and Sarr underscores that all artwork obtained by French museums should be able to demonstrate they were obtained by “free, fair, and documented consent.” They offer one solution as returning originals while keeping replicas for European museum collections.  The report recommends establishing joint committees that examine restitution requests and return “works judged to be important by the nation-states and communities concerned.”

The Open Society initiative will support archivists, attorneys, and scholars, as well as grassroots organizations, to help in campaigns to return stolen artwork to Africa. The initiative will also support museum partnerships with governments and non-governmental organizations to facilitate the return of African art. 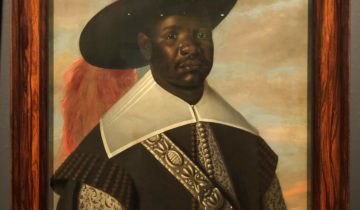 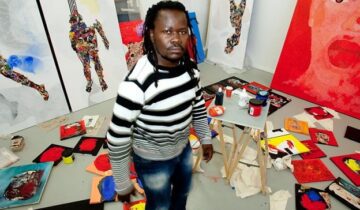 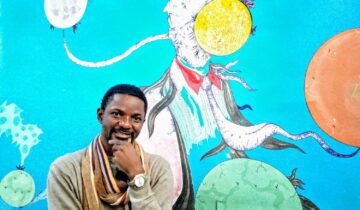