In this Video Charlie Floyd explores the reasons as to Why is modern art so expensive? exploring the start of the modern art era with the birth of photography.

The following is a transcript of the video:

Modern art is expensive. From completely white canvases to simple, abstract colors, these seemingly basic works can cost you millions. So what makes their price so high, and how can they possibly be worth this much money?

Modern art is a wide field, covering everything from around 1870 to 1970. But say “modern art” to someone on the street, and chances are they possibly picture something like this.

At the turn of the century, art changed. From the birth of abstract impressionism to the minimalists and even performance art, art was no longer just about representing the world with skill.

Art generally became more conceptual and more challenging. But this change wasn’t popular with everyone.

Hodge: I think most people think that modern or contemporary artists are having a laugh at their expense, and nobody wants to feel a fool.

For many who are immediately dismissive of these pieces, frustration also often comes when they see the price.

Ana Maria Celis: Most of us, I think, tend to be cynics, and we, I think, a lot of times associate art with value, and I think that triggers the question of, well, why is it that much? Or, why such a high value if, you know, I could probably do this? I think, unless you’re in the market and actively buying art, there’s no need to look at art and think about price tag. It shouldn’t be the way you look at art.

For the artists involved, what looks simple can be the culmination of a lifetime’s work.

Take the “Black Square,” for example, painted by turn-of-the-century avant-garde artist Kazimir Malevich. This simple black painting didn’t come out of nowhere. It’s the result of 20 years of simplification and development.

When it was shown, the “Black Square” was a revolutionary symbol, exhibited at the top corner of the room, a spot reserved for orthodox religious icons. Making this work wasn’t exactly an easy decision either, and in 1930, Stalin’s regime confiscated Malevich’s artworks and manuscripts, and he was jailed for two months.

Hodge: Yes, the white canvases or the black canvases are very rarely all they’ve done. They haven’t just come out of school and said, “I could paint a black canvas.” I mean, as much as we might think we could do that, yes, we could do that, but the artist has thought of it and probably had a journey, quite a long journey, and a process to get there.

The works aren’t just made for profit. It’s often only after the artist is dead that the art can fetch the incredible price that it’s reached today. In 2008, one of Malevich’s abstract works sold for $60 million, and the demand for these important modern works is only going to increase.

Celis: The natural trend is for you to see a rise in prices, but that’s because it’s, these true masterpieces are rare to find because they’re really all in museums.

But setting an actual price can be tough. In the end, the value is only going to be what people are willing to pay.

Celis: As long as there’s going to be artists producing, there’s always going to be sort of shifts in tendencies and tastes, I would say also, in tastes in the market.

It seems like every year there’s a new record price, and as extreme wealth inequality increases, so do the number of millionaires willing to pay the fortune required for these works.

No matter what the artist intended, art is now seen as an easy investment by many, and companies have appeared to treat art purely as an asset for financial gain.

But despite the ever-increasing prices of the modernist masterpieces, for 99% of the artists out there, their work has always been a labor of love.

Josef Neet: There are obviously people out there with a lot of money who view art just to be a commodity and nothing else, but there’s gonna be people who purchase or engage with it because they take genuine pleasure from it or it stimulates them or they feel it enriches them. I’m an abstract painter. Not really dealing much with form. I became quite obsessed; I was painting all day and all night, and it was just something that really, that kind of took ahold of me, so. It’s not easy being an artist in London. There’s a lot of really good talent out there. I think you’ve really gotta be good to actually make any money. You don’t have the, I suppose, network, initially. Yeah, it’s a really expensive habit, to be honest. I suppose that everybody’s got their vices, but it’s my kind of passion and hobby, so that’s where all my time, effort, and kind of spare finances go.

Trends in the market may change, and prices will shift, but the popularity of modern and contemporary art isn’t going anywhere. 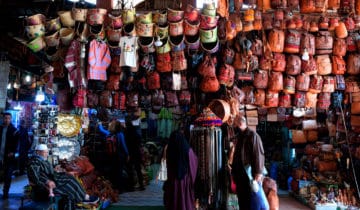 Pitfalls of the New Wave of Interest in African Contemporary Art 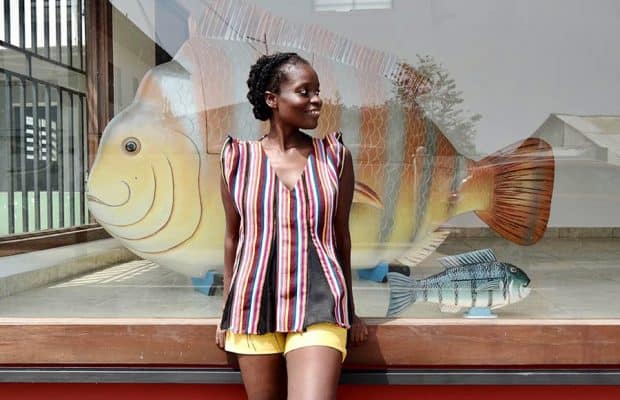