Francis Nnagenda – Untitled (1985) is one of the artist’s rare paintings. Nnagenda was born in 1936 and is predominately one of the greatest Sculptors the African continent has produced. His rare paintings are very sculptural in execution and are as imposing and as present as his massive monumental sculptures. His works go for upwards of over US$ 50,000 and are collected by some of the world’s important collections.

From an early age, Francis Nnaggenda knew he wanted to be an artist. Born in 1936, Nnaggenda was raised in rural Uganda where he became intimately connected with traditional life. He grieved over the way modernization was undermining the stability of African communities. Becoming an artist, he thought, was going to be the best and most practical way of raising his voice against a skewed development process that he was witnessing.

With such strong opinions, Makerere Art School proved to be inconsistent with his aspirations. The School had at the time of the run up to independence abandoned the curriculum that was respectful of Ugandan art-making traditions which Margaret Trowell, its founder, had developed. Under Cecil Todd, Trowell’s successor (1958), Makerere Art School was instead reviewing its curriculum towards an emphasis on knowledge of world art, technique and skills acquisition. Elimo Njau and Sam Ntiro, Trowell’s direct and highly regarded protégés became Nnaggenda’s allies. The duo was opposed to Todd’s scholarly approach to art education and in the early 1960s, they prepared Nnaggenda for the daunting task of redefining traditional life along modern lines. In taking an alternative route in pursuit of an artistic career, Nnaggenda’s experiments in sculpture left an indelible mark on Uganda’s modern art landscape to which Makerere can lay no claim. 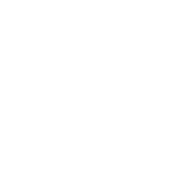