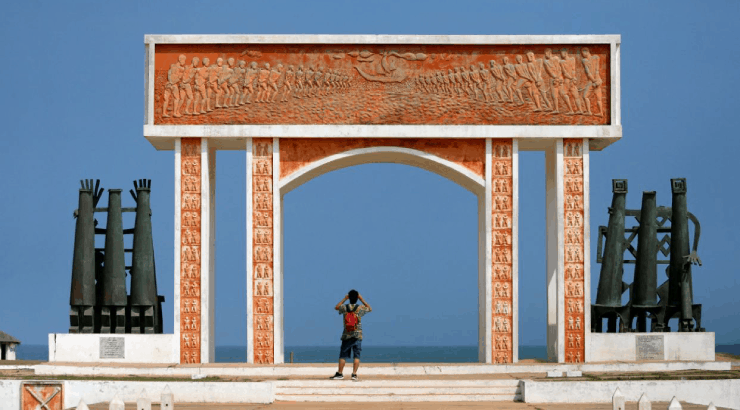 The Ouidah Museum of History contains a wealth of objects and illustrations of historic and cultural significance, which together gives the visitor an intimate understanding of the region's past. The museum's collections are grouped into six major themes: the Portuguese Fort (in which the African Art museum resides), the Kingdom of Xwéda , the Kingdom of Dahomey , the Slave Trade, Vodun, and the Cultural Links between Benin and the New World.
The African Art museum is located within the compound of the Portuguese Fort in Ouidah. In its earliest days the Portuguese conducted trade for slaves within the walls of the compound, and throughout its history until it was taken by the Kingdom of Dahomey it served as the site of the diplomatic presence of Portugal in the area. After the fort became property of Dahomey in 1961, the Dahomean government began restoration, and in 1967 the fort became the Ouidah Museum of History.
The fort covers the area of about 1 hectare, and within its walls are the Portuguese representative's residence, a chapel, a military garrison, and military barracks. Most of the museum's permanent collections are housed in the residence, and temporary exhibits are usually housed in the chapel.