The 12ème Bamako Encounters Photography Biennial will be an opportunity to dedicate a retrospective in honor of, and to celebrate, the 25th anniversary of the festival. The Ministry of Culture, in partnership with the Institut Français, is pleased to produce this international event. Created in 1994, Bamako Encounters is today the principal event dedicated to contemporary photography and new imagery in Africa.

Throughout the electrifying 21 minutes of the first track of Abdullah Ibrahim and Max Roach’s eponymous album, Streams of Consciousness (1977), we are captivated, delighted, by the intensity and alchemy of sound delivered to that or the one who listens. It begins immediately with Abdullah Ibrahim’s mesmerizing, almost liturgical solo piano, followed by a melodic and mathematical solo, characteristic of Max Roach, before the two musicians converge for the finale. This soul-to-soul musical conversation recalls what William James called Courant of Conscience in his only book The Principles of Psychology(1890), namely the continuous interior monologue which traverses all consciousness. Several currents gather during the audition of this musical piece: the one that animates the artists, the one that moves the audience and finally the one that, like a flow of energy, connects two Africans between the motherland and the diaspora. This is the expression of the “Courant de Conscience”, an internal monologue linked to the sensory reactions of artists.

See What’s ON at MoMAA 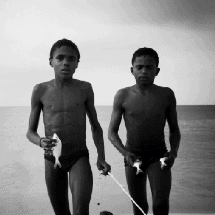